Max Verstappen says social media platforms must do more to address the problems of trolls, in the wake of personal criticisms Red Bull faced after Formula 1’s Dutch Grand Prix.

Red Bull and its principal strategy engineer Hannah Schmitz found itself in the firing line from some fans after last weekend’s Zandvoort race, amid wild conspiracy theories surrounding Yuki Tsunoda’s retirement from the race.

The Japanese’s late race stoppage on track, and the way he returned to the pits and then went out on circuit again before finally stopping for good and bringing out a VSC, prompted claims that he had deliberately tried to help AlphaTauri’s sister team Red Bull.

The conspiracies, and especially the nature of some of the online abuse aimed at Schmitz, promoted AlphaTauri to issue a strongly worded statement earlier this week.

“Such hateful behaviour cannot be tolerated, and to entertain accusations of foul play is unacceptable, untrue and completely disrespectful towards both Hannah and us,” it said.

Tsunoda also criticised the conspiracy theorists, suggesting they should get an MRI scan“and see what's wrong”.

Verstappen has echoed AlphaTauri’s stance and says it was ‘ridiculous’ how some fans had acted after the race.

“It’s not correct,” he said ahead of the Italian Grand Prix.

“I’m happy [AlphaTauri] put that statement out, as we have done with other things as well to address things.

“But at the end of the day these things shouldn’t even happen in the first place. 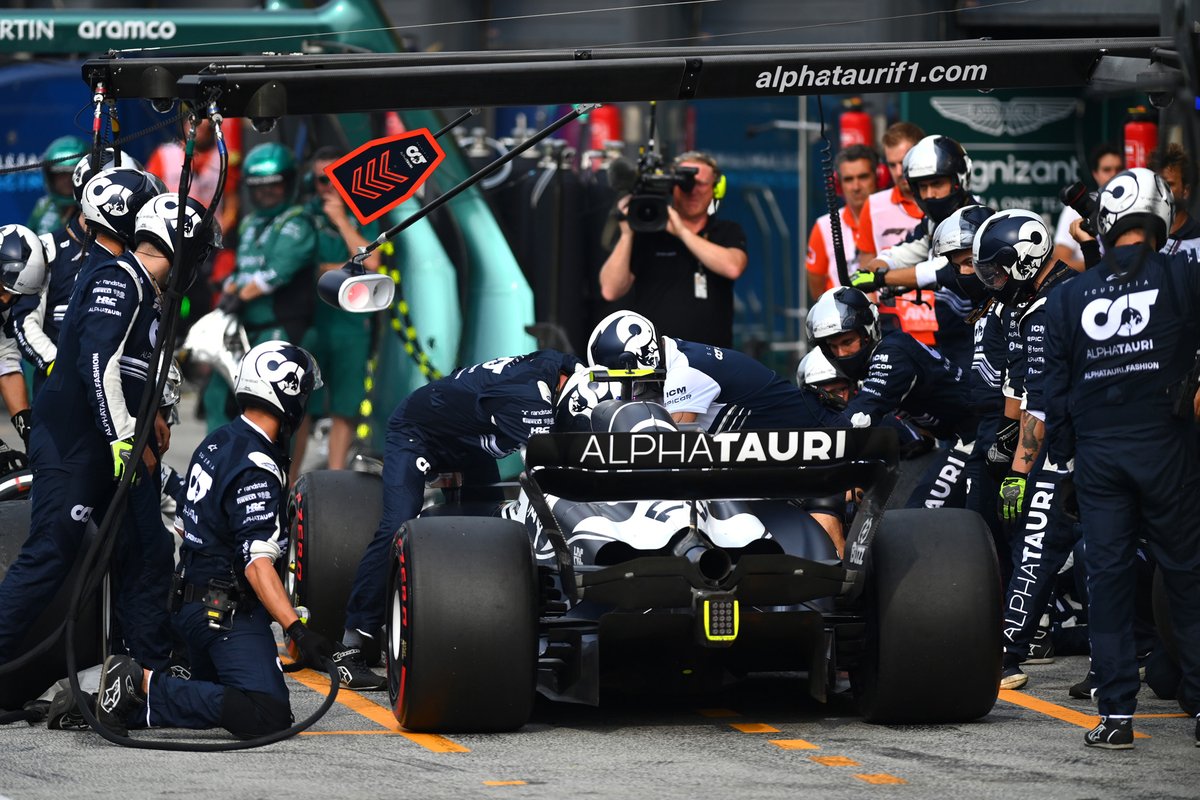 “First of all, to think about these kind of things is already ridiculous. Why would you even think something like that is possible in this sport?

“And then that individuals get hated on. It is absolutely beyond me how anyone can do that.”

Verstappen felt that the onus was on social media platforms to do more to get rid of individuals who acted inappropriately.

“That is the problem when you leave everything open on social media, everyone can say whatever they want,” he explained.

“I think hate needs to be addressed a lot more and better. These companies put a little bit of focus on it, but it’s still not enough.

“You can create other kind of accounts and just keep on going. Even if they block your IP address, people are smart enough to find another way. They definitely need to come up with a different solution for that.

“Social media is growing and in general it’s a great thing and a great tool to have, but some parts of it are quite negative.”

Verstappen said he had total faith in Schmitz, who as part of her scheduled rotation with head of race strategy Will Courtenay, will be absent from this weekend’s Italian Grand Prix.

Asked if he had spoken to her about the situation, Verstappen said: “Hannah is a strong person and she knows what she is doing. We don’t need to speak one-on-one for that.

"Hannah is not here this weekend but when I see her maybe we’ll mention it. But we shouldn’t give it too much attention either because these people don’t deserve it.”