Last week MotoGP announced a radical format shake-up for 2023 with the introduction of half-distance, half-points sprint races to the Saturday of every single grand prix weekend.

It is an idea that has been gleaned from F1, which has run sprint qualifying races to set the grid line-up at select events over the past two seasons with plans to expand on it in future.

Unlike in F1, the sprint race in MotoGP will be wholly independent of the main grand prix and will have no bearing on grid order, while qualifying will decide the starting grid for both races.

Alpine F1 driver Fernando Alonso said the sprint race plan for MotoGP was “a great idea” during last weekend’s Austrian GP and felt what the two-wheeled series is doing would act as inspiration for other motorsports.

When asked by Autosport for his thoughts ahead of the Belgian GP on MotoGP’s proposal, Russell said: “I think it's quite bold of MotoGP to make that decision without trying it.

“I think we've been fortunate in F1 that we've been given a bit of time to try it and see if it works. I think MotoGP and Formula 1 are two very different beasts.

“Obviously having two wheels less there's more chance of making errors or falling off and injuring yourself whereas I guess there's a little bit more margin for us potentially. It's bold but I think globally when I look at a number of sports and the direction F1 is heading, we're in such a great era at the moment we have to be so thankful of the job F1 are doing.

“It's pretty exceptional to see the growth and the excitement around the sport comparing with some others that have plateaued or faded away.

“So, it's a special time to be here and hopefully it can continue to grow looking 10 years ahead.” 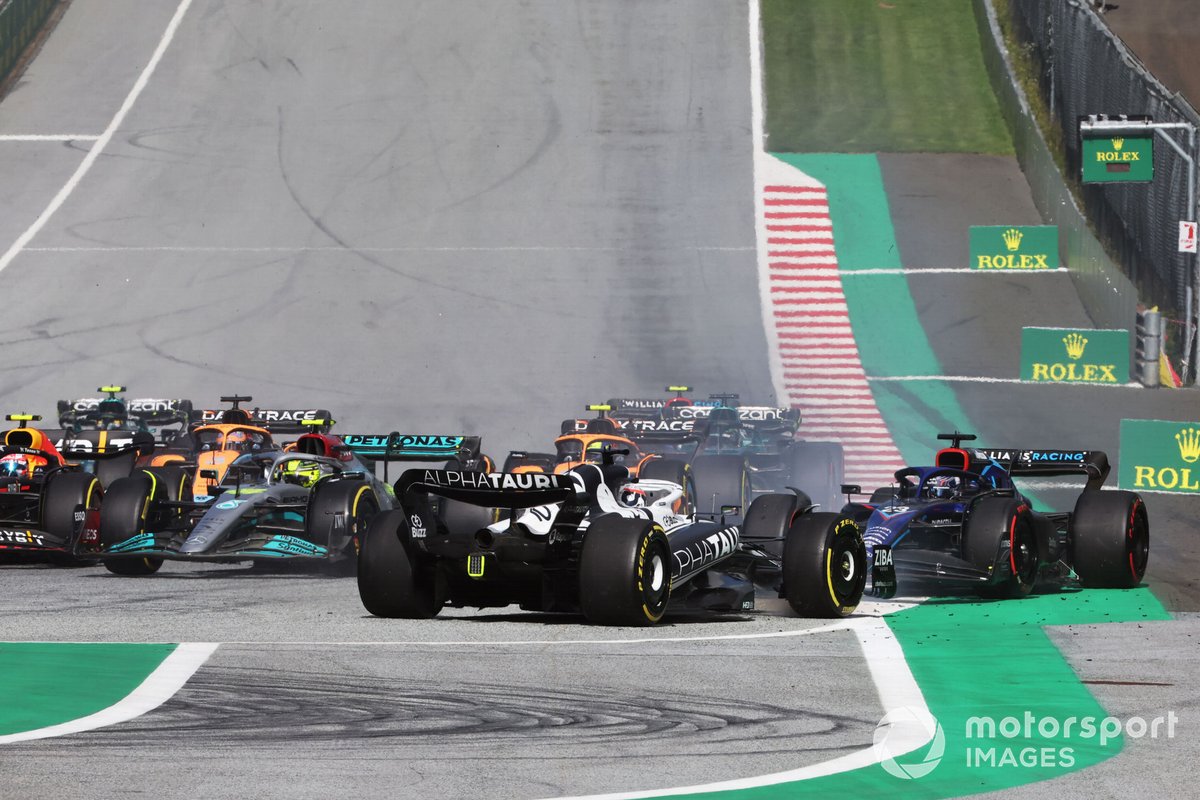 Pierre Gasly, AlphaTauri AT03, spins at the start of the sprint race in Austria

The reaction from MotoGP riders over sprint races was mixed, with Marc Marquez telling Autosport that they will make the series “more spectacular”, while reigning world champion Fabio Quartararo called them “totally stupid”.

“I will not enjoy it... I just don't like it,” Verstappen said. “I think that Sunday emotion and feeling should be special. That's the only time you race.

“That's how I grew up racing anyway, you know, Sunday is the day to race.

“I think anyway, so far from the sprint races we've had, not a lot has drastically changed in terms of results and more or less everyone starts on the same tyre and that's where you finish, because you are like scared to have a crash or whatever, because you start in the back for the main race where the big points are so everyone is also a bit like, ‘okay, just make sure we finish the race without any trouble’.

“So that's not what you want really.”