MotoGP organisers Dorna Sports has officially confirmed the introduction of sprint races to the grand prix weekend format for the 2023 season.

On Friday during the Austrian Grand Prix, Autosport revealed MotoGP was planning to introduce Formula 1-style sprint races at each event next season.

When the idea was put to the riders by the media on Friday at the Red Bull Ring, the reaction was mixed, with reigning world champion Fabio Quartararo calling it “totally stupid”.

Many riders also revealed that they had not been privy to any discussions about sprint races, with it thought they were given official confirmation in Friday evening’s safety commission meeting.

The sprint races will take place at every single grand prix in 2023 and will be run on Saturdays to half-distance of the main race, with half points awarded.

MotoGP has confirmed that the addition of sprint races in 2023 will not swell the amount of track time on grand prix weekends.

It is thought that one practice session and the 20-minute warm-up on Sundays will be removed for the MotoGP class to make room for the sprint race. As a result, engine and tyre allocation will not change from what is used currently.

It was also confirmed that the sprint race will not have any bearing on the starting grid of the main grand prix, meaning qualifying will remain in place. 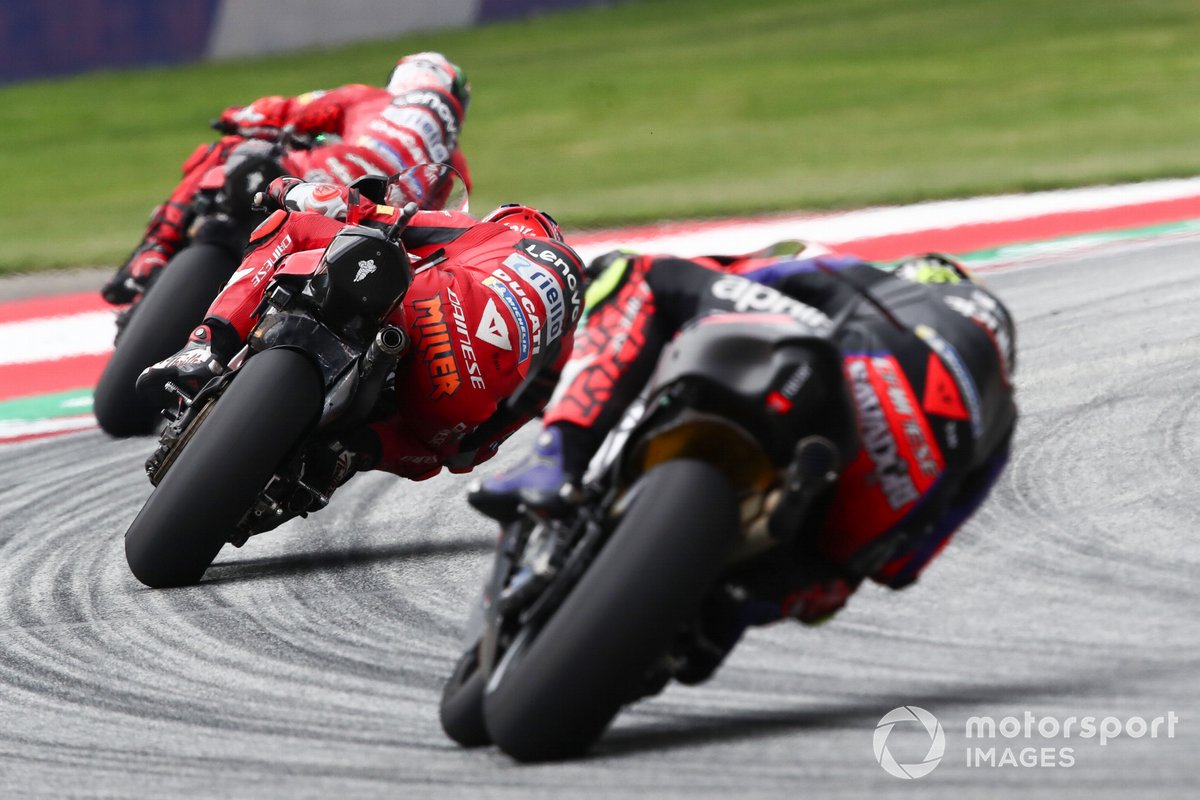 This is different to F1’s sprint format, which uses the short race as a qualifying, while the main qualifying session is used to decide the grid order for the sprint contest.

All the manufacturers and all the teams were in favour of the proposal when it was first talked about back in the summer break.

Tech3 boss Poncharal noted that MotoGP has looked at other motorsports for ideas to improve the spectacle, and said it was “stupid” not to think of ways to change even if the racing in MotoGP is generally considered to be exciting.

This followed a comment made by the FIM president, who admitted MotoGP “needs more spectators” and a “better show”.

Ezpeleta also said no consideration has been given to reducing the calendar size to accommodate the additional races.