Daniel Ricciardo believes McLaren is still “half a step behind” in its preparations for Sunday’s Emilia Romagna Grand Prix after losing half of its Formula 1 practice running at Imola.

Ricciardo was sidelined by a power unit issue in the second and final practice session on Saturday morning, while team-mate Lando Norris managed only six laps due to a brake system problem.

Although Norris slipped from third on the starting grid from the sprint race to finish fifth ahead of Ricciardo in P6, McLaren only trailed the Ferrari and Red Bull cars, making it the third-fastest team.

It means Norris and Ricciardo will lock out the third row of the grid for Sunday’s race, which is expected to offer strategies dominated by the medium and hard-compound tyres.

McLaren was unable to complete any meaningful running on either tyre so far this weekend after rain impacted FP1 and qualifying on Friday.

“We’re still going into tomorrow [Sunday] probably not as prepared as some others,” Ricciardo conceded.

“I guess in a way that’s partially true, because I’m sure some today started with a full tank and did a little bit in the second practice. We’re still, let’s say, half a step behind, if you will. Today was a full step.

“So maybe there’s a bit of a compromise tomorrow. I think we learned enough today to have confidence going into tomorrow without any real hesitation or big question marks. We know enough to I think execute a good enough race.

“I wouldn’t say today was a concern, but a bit more of an unknown. I can’t say I have that feeling for tomorrow.” 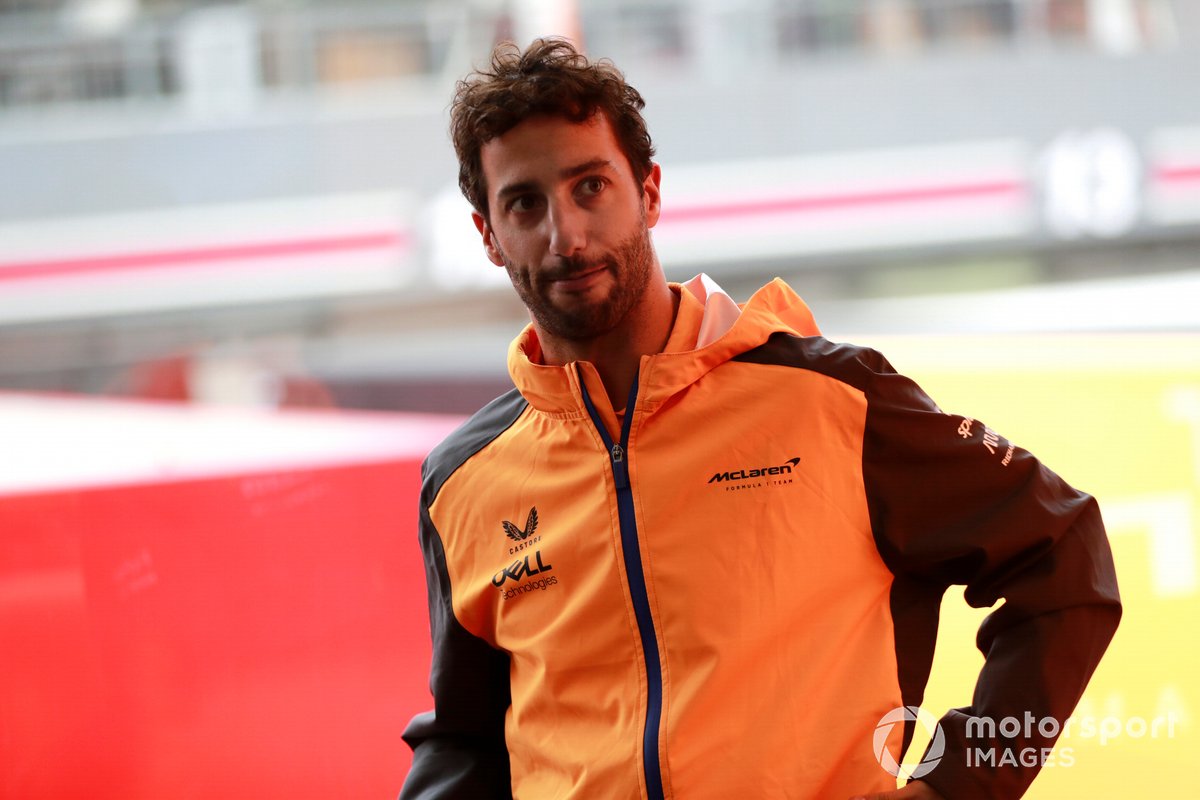 Tyre management proved particularly difficult for Norris in the sprint race. The British driver explained how he tried to keep pace with the lead duo of Charles Leclerc and Max Verstappen, only to push too hard, but he felt he would not have been able to keep Sergio Perez or Carlos Sainz back regardless.

“It’s hard to judge your own pace compared to guys who are 1.5 seconds quicker,” Norris said.

“You always kinds of want to have a chance to go with them. Especially because of knowing where Carlos was and Sergio, the best thing was to try and make a gap and make the gap as big as possible.

“Obviously no matter what I did, they still would have passed me. I used too much.”

McLaren team principal Andreas Seidl explained that the power unit problems for Ricciardo emerged when the team fired up the MCL36 on Saturday morning, and that it “simply took a lot of time to fix and figure it out”.

“On Lando’s side, we experienced an issue straight away with the brake system on our side, so we had to change a component which took a lot of time,” Seidl said.

“I’m very happy with the outcome of today’s race. Everything that was possible for us, the team executed well, which obviously puts us in a great position for a good fight for tomorrow for points.”

Verstappen "still not a fan" of F1 sprint races, despite Imola win