After the 2017 season-opening Australian Grand Prix, Red Bull said it expected to have to wait until the Canadian GP in June for a major Renault upgrade - which it feels is key to it moving forward this season.

Renault Sport managing director Cyril Abiteboul said earlier this month that due to concerns about reliability, the plan is to introduce the upgrade before the end of July.

When asked about Renault's engine update plan, Abiteboul told Autosport: "Frankly, what I want to play down is this sort of focus on the upgrade because the engine is improving every weekend.

"We said reliability was the main issue to the performance delivery and improvement and that is exactly the case.

"I give you a clear example: we had better reliability.

"We just completed a programme on the dyno [in the Spanish GP week] and on Saturday afternoon there was immediately mapware for all three teams.

"It's not black and white, we haven't suddenly jumped Mercedes in terms of power delivery, but that is small improvement.

"But what I can guarantee you is, race-by-race, the engine will improve and overall in the season, if you look at the engine software, hardware and also the fuel and lubricants coming from our petroleum partner, I'm sure there is a very decent step to come." 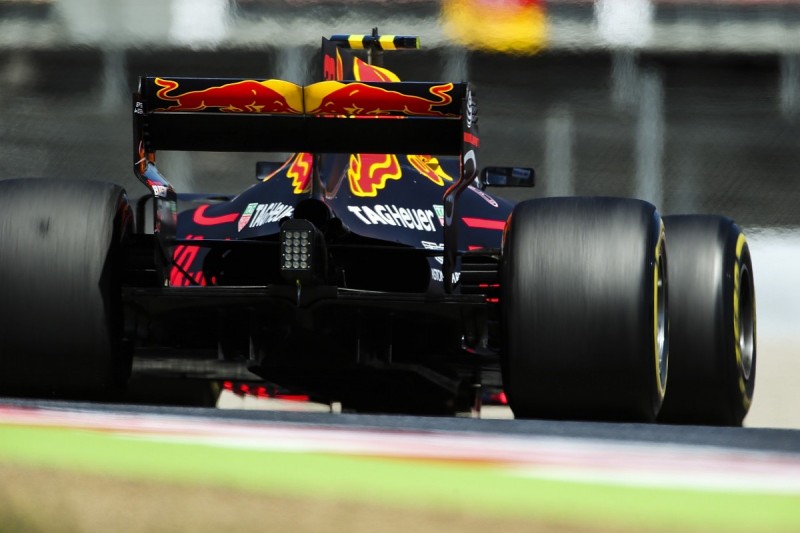 Renault remains uncertain when it will introduce its revised 2017 MGU-K.

The older specification is 5kg heavier and requires an extra 1kg air bottle for cooling, but weight has become less of a concern for teams.

Abiteboul said "an option could be to introduce that with power unit number three".

He added: "Weight was maybe a concern at the start of the season, but as always, most teams have dealt with that.

"The only thing that MGU-K is bringing is a bit less weight, but it's not something too pressing."

Abiteboul also said Renault is aiming to come close to eradicating the deficit to Mercedes power by the end of the season before getting on par with its rival over the course of next year.

"The gap to be fully closed, it's not going to happen this year," he said.

"We think it's something for next year, but having said that, we think the step we are planning to make, which we have on the shelf for this year, is going to almost close it completely in the course of the season.

"We already have a very clear idea of next year's engine and the aim we have is to completely close the gap in the course of next season."