The top two teams have pulled a bigger margin over their pursuers under this season's new rules.

In the first race of the European season in Spain, only three cars - a Mercedes, a Ferrari and a Red Bull - finished on the lead lap.

Hulkenberg called the gap to the frontrunners "massive".

"It is a bit scary. The gap is massive from Ferrari and Mercedes even to Red Bull," Hulkenberg told Autosport.

"And from Red Bull to Williams again there is half a day, so...

"I'm not sure if you could have expected that, but I think especially Mercedes and Ferrari, their developments, what they've done over the winter and the pace they have it's pretty special."

Asked if he thought the main reason for the gap was chassis or engine, Hulkenberg replied: "Difficult to quantify. I think it's more chassis and aerodynamics than engine. 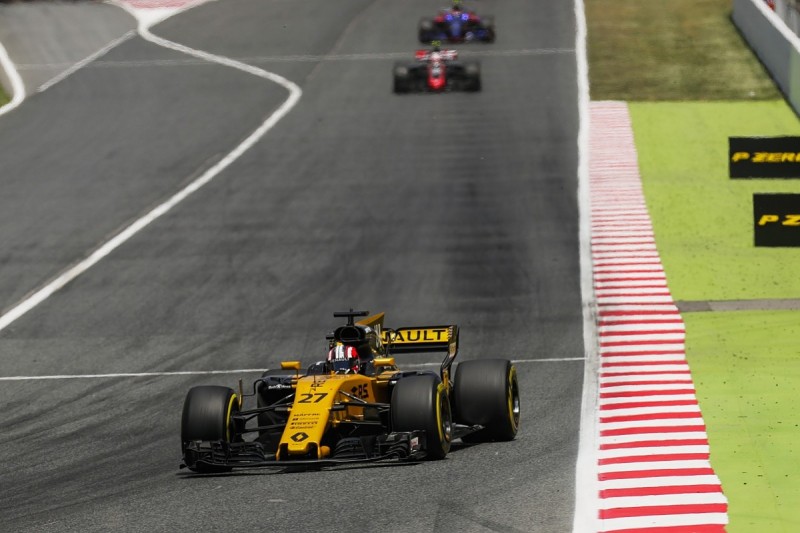 Hulkenberg, who joined Renault from Force India for this season, scored his best result of the year at Barcelona with a sixth-place finish.

While he admits his team needs to get everything right in the races in order to be in the points, he says Renault's position is exactly what he expected when he decided to join it.

"The performance and where the car stands and where we are is pretty much what I thought we would get when I signed up last year," he said.

"I did not expect any miracles, that we would be straight away in a top seven easily, pretty much what I thought was where we are, where we find ourselves now.

"We can fight for points, we need a little bit of luck and to do a bloody good job and every decision has to be right, otherwise no points.

"But Renault has over the winter managed to get the connection to the midfield straight away."