The original May deadline was extended by Renault, and Red Bull team principal Christian Horner previously said the team would make its call between Renault and Honda in the summer break before that was moved forward to the Austrian GP next month.

Red Bull wants to use Canada and France to gather data in a back-to-back comparison between Renault and Honda's latest specifications, both of which were introduced for Montreal last weekend.

But Renault F1 managing director Abiteboul now insists that Austria is too late for Renault, and he wants a firm decision before the upcoming French GP.

"I guess they have all the information that they need now," Abiteboul told Autosport. "I don't see why they are going to further delay the decision.

"As per the regulations, [the deadline] was May 15, and then we accepted to extend that a little bit on the back of 12 years of good collaboration.

"But past a certain point, the offer we made, and that they requested, will not stand.

"It was Montreal that they wanted to wait for: our new spec, Honda's new spec.

"They have all the information, I see no absolutely no reason to delay that any further."

Asked if Renault could wait until the gap between France and Austria Abiteboul said: "I don't think so. It's simply because we need to source the components.

"We're already behind, and it's Renault deciding the timing, not Red Bull.

"Usually we speak after a weekend, we don't do that on Sunday evening, with all the emotions, we let all the testosterone go down a little bit, and we will discuss.

"But we will not be able to wait for the sort of timing that they've mentioned this weekend." 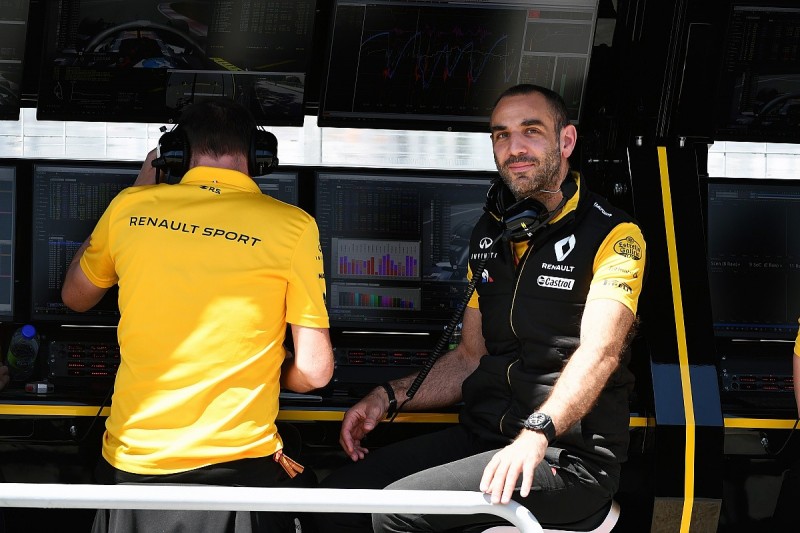 Abiteboul made it clear he wants to work with Red Bull, even suggesting the team could win the world championship in the next two years if they stay together.

"We're trying hard, but that must be under conditions that are acceptable to us, starting with the timing," he said.

"I don't want to start mentioning a date, otherwise you'll start calling me that day.

"I have a date, they know the day, but we are not talking about Austria.

"Austria, we won't be here, and they will be talking directly to Honda.

"They wanted an offer, we've made an offer, that offer has to be accepted in the next few days."

Asked by Autosport about Abiteboul's desire for an answer before the French GP, Red Bull's Helmut Marko said: "He won't get it.

"I can't tell you anything until Austria. We will have facts which we are waiting for, and we want to be prepared to make the right decision."