The result of the grand prix was taken from lap 68 instead of 70 after model Winnie Harlow waved the flag early, with Vettel passing it for the first time at the end of the penultimate lap.

Harlow said she was "just following instructions", and Vettel said he sent a radio message about the flag being waved early in the hope it would prevent any confusion.

"But if you lose radio and maybe the pit board is not there, then you back off, and being in the lead, you hope all the others back off as well!

"I was just worried, I told them on the last lap, so people don't jump on the track, waving flags and celebrating, because we are still going at full pace.

"I even watched on TV [on a trackside big screen] and after I saw the chequered flag it said 'FINAL LAP' [on the TV graphics], so then I was a bit confused.

"I told them that I think the race isn't over yet, and they said, 'no no no, keep pushing'.

"Some of the marshals were already celebrating - they peaked a bit early."

"I lost four or five seconds, because Kimi saw it and was slowing down in front of me," said Sainz.

"Then he saw it was not the chequered flag and he picked up the pace again.

"I arrived to Turn 2 and all the marshals were waving the flags - I knew they were wrong, I didn't slow down, but Kimi did in front.

"I didn't see the chequered flag, because I wasn't looking at it, and I didn't expect it." 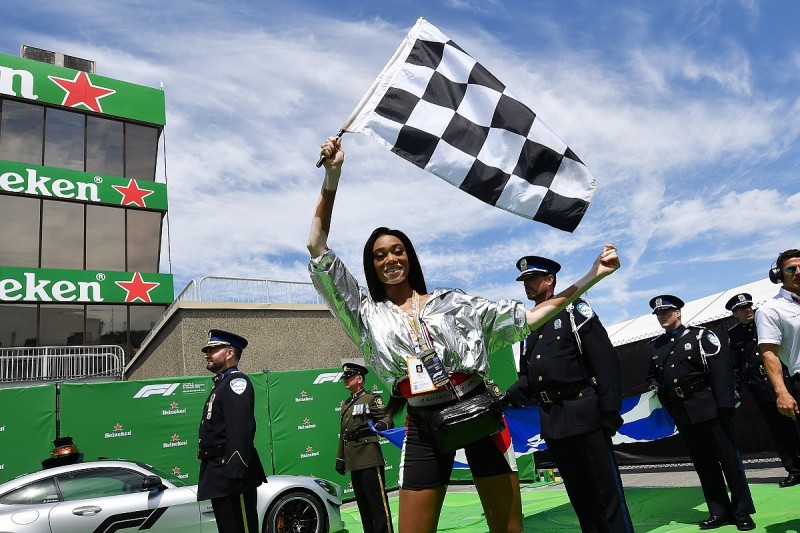 The race result being declared at lap 68 meant fastest lap went to Max Verstappen rather than his Red Bull team-mate Daniel Ricciardo, who had gone quickest of all on the final tour.

Ricciardo was being interviewed by Sky Sports F1 when the change was made, and said in open-mouthed shock: "I think it went to me! No, let's re-run this. That's wrong!"

Pierre Gasly, who finished 11th, said having the flag come out early was "risky".

"But that is really risky, because if you lift off after the first one and then everyone passes you... I was a bit surprised.

"The team told me five seconds before, so it was pretty close timing. He told me 'next one is the last lap', then I pass [the line] and I saw the flag and I was like, 'what the fuck?'"