Renault has conceded it took too long to identify the problems that held its engine back early in the 2015 Formula 1 season.

The French firm made sweeping changes to its power unit, particularly its hardware, over the 2014-15 winter in a bid to make up ground on Mercedes and Ferrari.

But the move backfired with Red Bull suffering with poor driveability in pre-season testing and the early races.

"It took too long to get it sorted," Renault's head of trackside operations Remi Taffin told Autosport.

"It was down to some of the hardware changes we chose for '15 compared to '14.

"There is one area we didn't really pick up a problem, which was driveability around 8,000-9,000 revs and this was a real problem through winter testing.

"Eventually, we thought we could work around that without much of hardware modification but it proved to be more difficult than that.

"So maybe we were a bit too optimistic in the resolution of this problem."

Taffin insists Renault chose the right development direction although he admitted its decision to change the hardware was not its finest.

"We chose a way to run our engine with a different hardware exercise which was not the best decision we ever made," he said.

"But we eventually made it work and that is a good thing because there was some performance out of it.

"The other thing is our piston problem from the beginning of the year, which we did not anticipate.

"We had done the work on the dyno and eventually we picked that up so we had to sort that out.

"This is quite a big part to change the design of so I think that was the key.

"If you look at the season from the top, you would say 'wow, it's a very difficult season' but maybe there was two of things which made our season not as expected."

Red Bull team principal Christian Horner says his team, which has retained Renault power after a fractious 2015, will have to 'tread water' early in 2016 and Taffin warned it will take time for Renault to unlock the potential in its engine.

"With performance, we just need to find our way," Taffin said.

"We put our finger on it a few months ago and it needs quite a lot of time to implement.

"When you change the way you think about the [combustion] engine and how it will work with the rest of the package, you have to go through quite a lot of things to make sure you have got the right solutions." 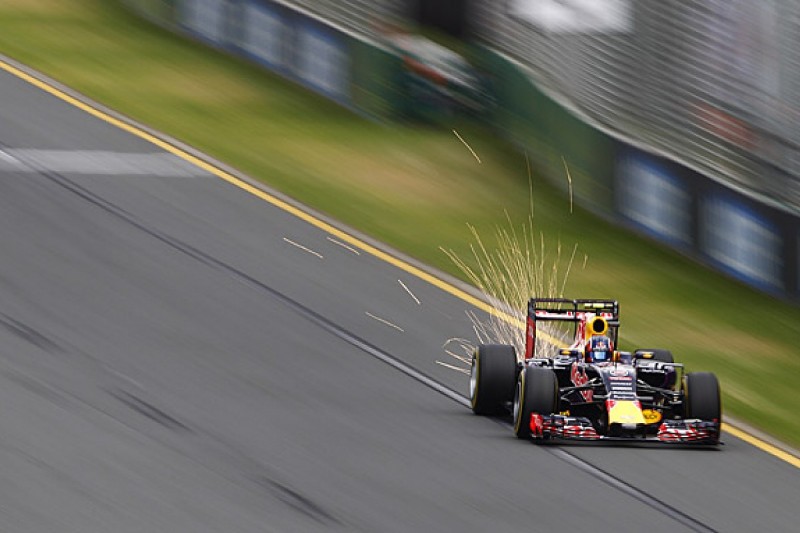