Their interest has been prompted by photographs of the RB13 that show the small curved lower sidewall of the front wing main element appearing to curve down at high speed.

This low angle is in contrast to when the car is back in the pits or in slow speed corners, where it is in a more upright position.

Looking closely at exclusive images taken by Giorgio Piola, the RB13 front wing has an additional flap proliferation - which in the new specification features six elements in the inner part which grows to eight in the outer part.

The new wing has been conceived with a main profile and then a separate lateral panel (indicated by yellow). 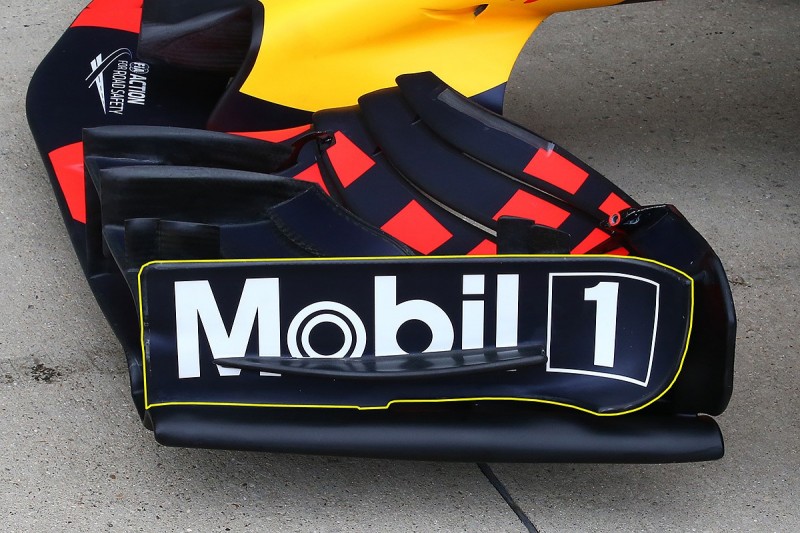 Both of these elements are rigid enough to pass all the FIA flexibility tests in the garage - so there is no question the car is legal.

It can also be observed that there is also an anchor point (red arrow) that keeps the whole wing profile in position, while the side element can then get pushed down when loads increase as the car runs on track. 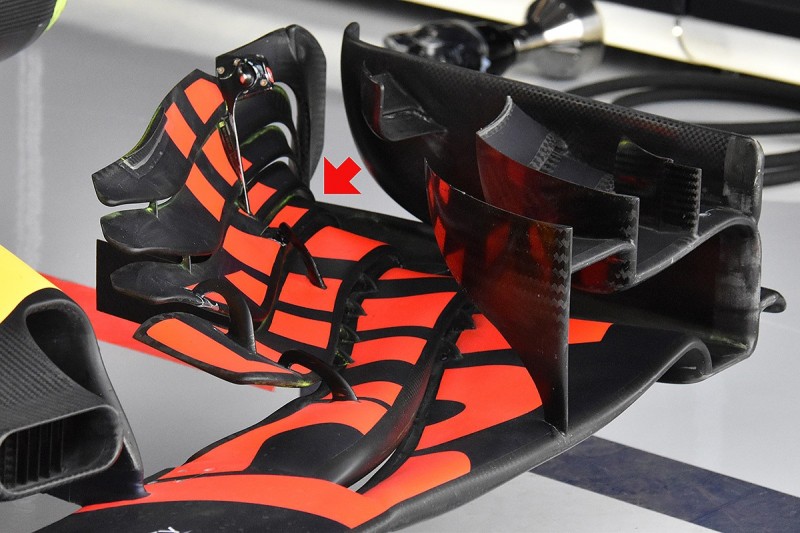 Formula 1 teams have been long known to push the limits when it comes to flexible bodywork, because there are clear benefits to be had if you can streamline bodywork on the straights for reduced drag but keep it well placed for more downforce in the corners.

This year has been no exception, with one of the recent areas of intrigue surrounding Ferrari's slot in the floor - which was spotted flapping earlier this year.

It was suggested that the design was intended to help feed air into the diffuser, thereby increasing downforce without the downside of drag. 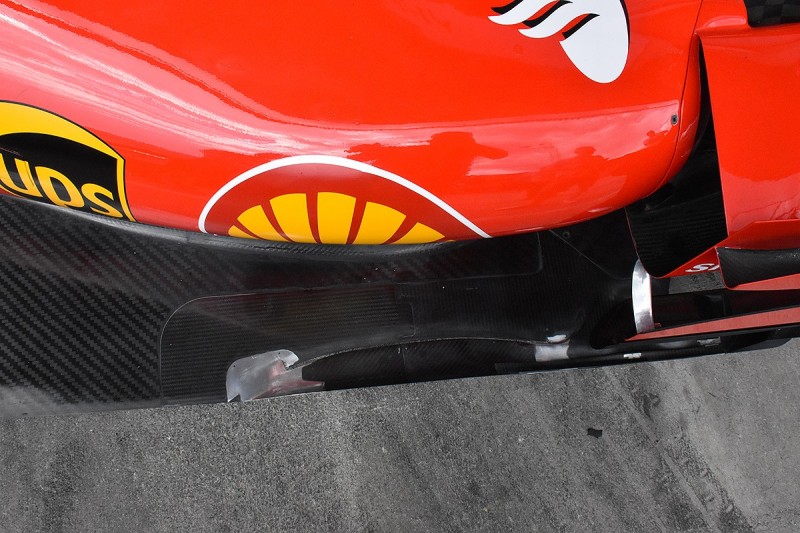 For the Azerbaijan Grand Prix, Ferrari was forced to make modifications to strengthen this area of the car - with a new metal attachment preventing it flexing.

One of the consequences of this move was seen at Silverstone, a circuit with high-speed corners, where Ferrari had to run with a monkey seat and a higher angle of attack on its wings to recover downforce that may have lost from its diffuser.

The 'special one' in Ferrari's ranks