Alonso took a 30-place penalty at Silverstone, after Honda elected to fit a new engine and turbo plus MGU-H and MGU-K recovery systems to his car after Friday practice.

The Spaniard headed into the British GP weekend already facing a five-place penalty for needing a new battery, but 25 extra spots were added to his fine thanks to those extra changes.

Alonso says the extra new components were fitted with the upcoming Hungarian Grand Prix in mind, a race that team-mate Stoffel Vandoorne has identified as one of McLaren's best opportunities to score points this season.

Alonso said: "We made some big decisions in Silverstone in terms of taking grid penalties in preparation for this race, and hope that's paid off so we can put ourselves in the best possible position for points this weekend.

"On paper, the Hungaroring presents one of the best opportunities for us this year - the short, twisty circuit means we are less reliant on outright power, and the drivers have to really depend on the capabilities of the chassis to get the best out of the lap. 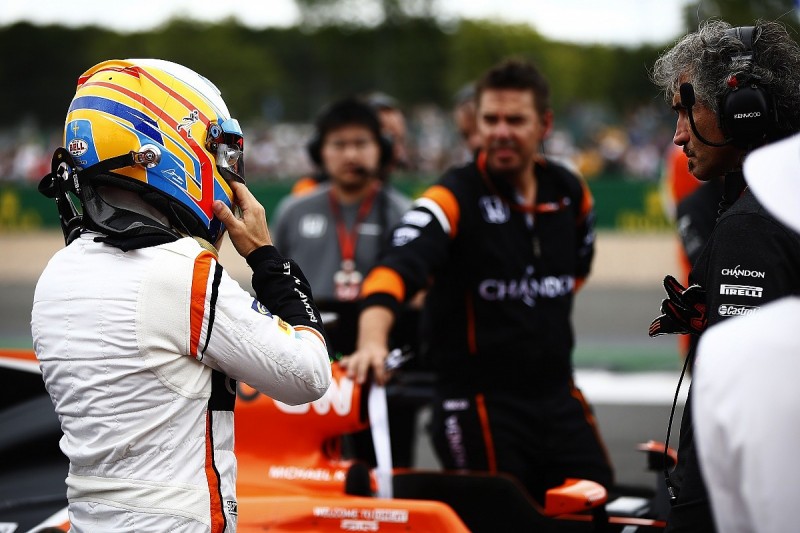 "The important thing for us, as always, is reliability.

"Even if our car could perform better in Hungary, we need to have a trouble-free weekend to take advantage of every opportunity for points."

McLaren racing director Eric Boullier added: "Together with Honda we're working hard to improve our reliability, and avoiding incurring grid penalties - especially on this track, where our car has the potential to perform more favourably - will be key to increasing our points tally, which we're all so determined to achieve.

"Our pace at Silverstone was marginally better than we initially expected on what is considered to be a power-hungry circuit, and therefore a track traditionally more difficult for our car to adapt to.

"Hungary is a completely different proposition, and one that theoretically gives us optimism that we can put the strengths of our car to the test and better take the fight to our rivals."