Max Verstappen this year completed the most overtaking moves by a single Formula 1 driver in a single season since the data was first collected in 1983, according to Pirelli

The tyre supplier complied a list of statistics for the campaign and noted Verstappen achieved 78 passes in what was a record 21-race F1 season.

Verstappen also topped the tally in his rookie 2015 season with Toro Rosso, with 49 overtaking moves across 19 grands prix.

Pirelli says it considers an overtaking move as one "that takes place during complete flying laps (so not on the opening lap) and is then maintained all the way to the lap's finish line".

It adds "position changes due to major mechanical problems or lapping/unlapping are not counted".

It comes after the 19-year-old won the FIA's 'Action of the Year' award for the third year in a row, for his move on Nico Rosberg during the Brazilian Grand Prix.

Verstappen admitted during his 2015 rookie season that practising overtaking moves on a computer game was helping his attack on track.

Reflecting on the 2016 season, which included his maiden F1 win on his first weekend with Red Bull in Spain, Verstappen said: "I'm pretty positive. 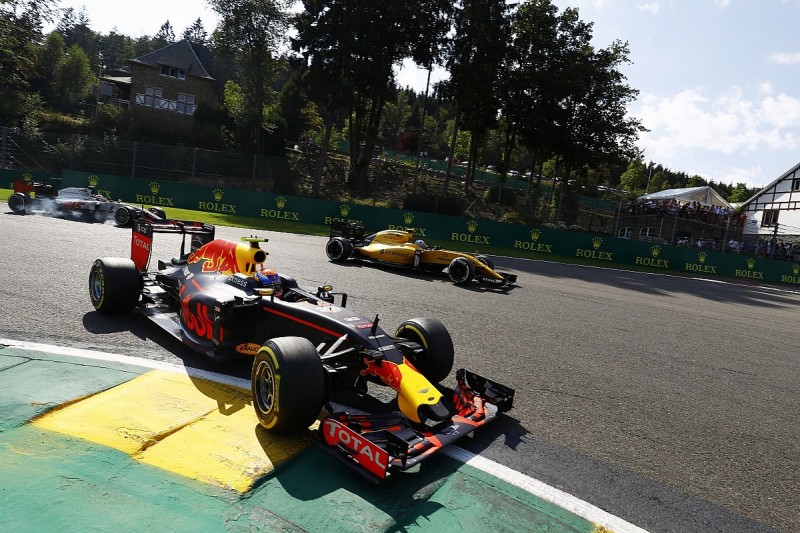 "I didn't expect the season to go like this, that I would be at Red Bull and would have won a race and has such memorable races as well. I can't complain.

"It's very positive and some good moments that I learned from, so that's a good start for next year when hopefully the car and engine will improve again."

Pirelli said Mercedes' Lewis Hamilton completed the most overtaking manoeuvres in a single race with 18 in the Chinese GP, which he started from the back.

It added Sebastian Vettel was the driver who was overtaken the least, just once - when Verstappen passed him in Brazil for fifth.

Fernando Alonso gained the most positions on the opening laps of races, with 41 in his McLaren-Honda.

In total, Pirelli recorded 866 passes during the season, with an average of 41.2 per race, based on its criteria.