While struggling with Honda, McLaren has consistently argued it has one of F1's best chassis.

Its switch to Renault next year will give it two benchmarks in the French firm's own factory team and Red Bull.

"We saw also in Monza, which is a power circuit, a very good performance from Red Bull," said Alonso.

"We were already quite happy with that Red Bull performance.

"But Malaysia was another step forward, they beat the Mercedes without rain, without any different strategy, without anything. So that was good.

"But that at the same point put some pressure on McLaren.

"That Red Bull I think is quite efficient right now, and is quite powerful on the chassis side.

"We need to make sure that we do our job on the chassis side, because the engine can deliver wins, as Red Bull proves.

"We need to match that performance on the chassis, and that is a challenge for sure." 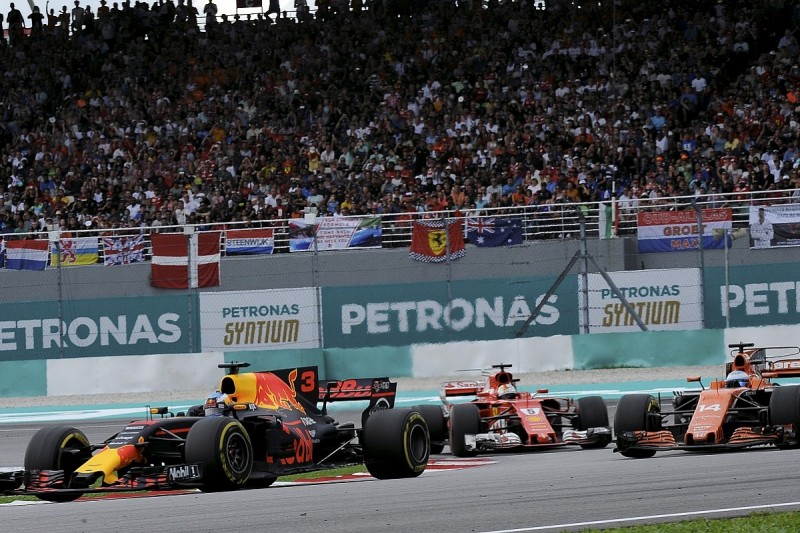 Asked if it was realistic to expect McLaren to challenge Red Bull from the start of its relationship with Renault, Alonso replied: "Yeah, I think so".

He argued that a team of McLaren's prestige should be aiming much higher than its engine benchmarks.

"I think that the challenge is: how can McLaren be in front?" said Alonso.

No major changes at Ferrari by Marchionne this week - Vettel