With Vettel having told Red Bull on Friday night at Suzuka that he wanted to leave for Ferrari, his outfit wasted little time in moving for Toro Rosso's Daniil Kvyat as his replacement.

Horner said Red Bull only ever wanted one of its youngsters to step up in the event that Vettel left.

When asked if Alonso was considered for the drive, Horner said: "The reality is not really.

"Fernando is a wonderful driver, but our philosophy and policy is to invest inwardly, invest in youth and give youngsters a chance."

Horner said Kvyat's impressive form for Toro Rosso this year meant it was a no-brainer that he got promoted to Red Bull's main team.

"It has been our philosophy for several years now to back youth, to grow our own talent and that is exactly what we did with Sebastian," he said.

"Daniil is a very exciting talent and it is an exciting new dawn for Red Bull Racing." 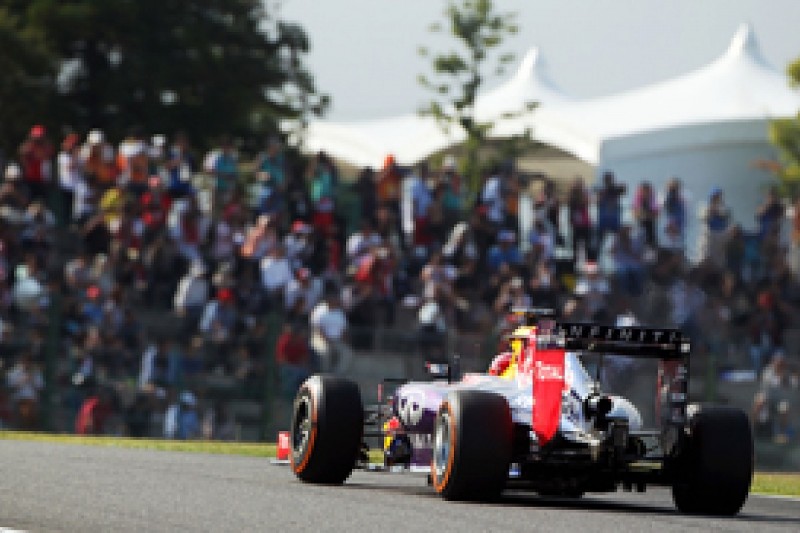 Although Red Bull is losing its most successful driver, and will be without the full-time devotion of technical chief Adrian Newey, Horner had faith that the squad would remain a strong force.

"Does it leave us in the lurch? No. We have a fantastic driver in Daniel Ricciardo.

"When we took Seb he was a young driver - and we have demonstrated investing in young drivers works."

"I think it is the beginning of a new cycle, and things happen in cycles. Adrian is still very much about and very much involved in next year's car and the future of the team.

"Inevitably this was always going to happen at some point. It has happened today and it is time to look forward."