The four-time F1 world champion is set to replace Fernando Alonso at the Maranello team in 2015 as team-mate to Kimi Raikkonen.

His place at Red Bull will be taken by Daniil Kvyat.

Red Bull boss Christian Horner revealed on Saturday morning that it was only a matter of hours earlier that Vettel had dropped the bombshell that he wanted to leave.

"I obviously know him very well, we spend a lot of time together and you can see that he has had a bit on his mind recently," explained Horner.

"Inevitably a decision like this you don't take lightly but it was last night he sat down with us and informed us.

"So all I can do is wish him the very, very best for the future. He will still be close to our hearts at Red Bull, but on January 1 he will be a competitor."

Although there has not yet been any official confirmation that Vettel is destined for Ferrari, Horner confirmed that this was the case.

"Obviously Ferrari have made him a very attractive offer," he said.

Although Vettel still had a year on his contract remaining, Horner said Red Bull felt there was little point in holding him to the team if his desire was to move on.

"If somebody's heart is not there, it doesn't matter what you have on a piece of paper," he said. "It has to be right for both sides. 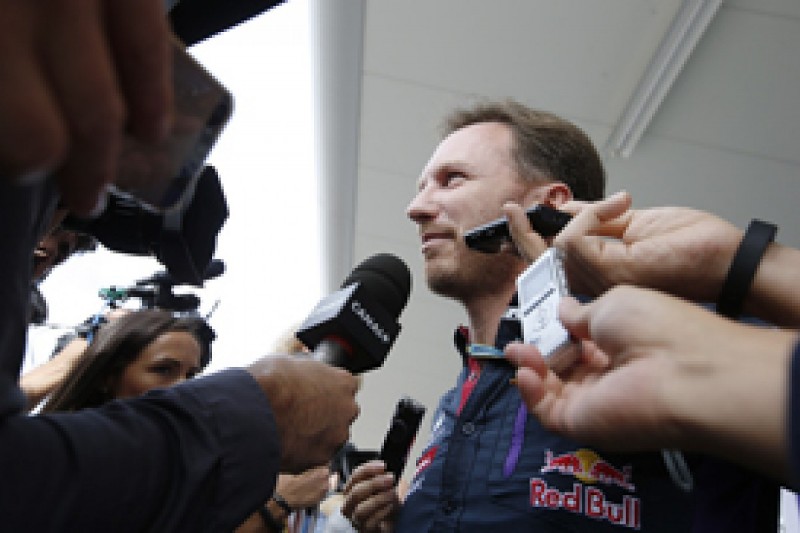 "He has reached a stage in his career where he fancied a new challenge, that is his prerogative and, like in any relationship, if somebody's heart is not in it then it is time to move on."

Horner added that it was fully understandable that Vettel, having raced his entire career for Red Bull-backed teams, wanted fresh motivation elsewhere.

"I think the lure of Ferrari, a window has opened there with whatever is going on and he has decided the timing is right for him. That is his choice, and he has been around long enough to know his own mind.

"He doesn't have a manager and doesn't have people that surround him. He has made this decision and we respect that."

Vettel has driven for Red Bull Racing since 2009, when he was brought into the senior team having served a season-and-a-half apprenticeship with Toro Rosso that included a shock victory in the 2008 Italian Grand Prix.

The 27-year-old German has won 38 grands prix and taken 44 poles as well as his four titles with Red Bull.