Red Bull says it is in no rush to finalise Max Verstappen's 2020 Formula 1 team-mate, after calendar confusion prompted it to originally say it would decide after Mexico

Last month, Red Bull's motorsport advisor Helmut Marko said a decision on which of its drivers would take the second Red Bull seat in 2020 would be made after this year's Mexican Grand Prix.

But with that event having now passed, Marko has confessed that his original date target was an error because he had not realised at the time that its slot on the calendar had been switched around with the United States.

"It was a mistake of mine to say that," Marko told Autosport. "I had in mind that Mexico would take place after the USA. Actually, it's the other way around.

"But in the meantime, we have confirmed that all three drivers [Alex Albon, Pierre Gasly, Daniil Kvyat] will stay in our teams. Max's situation is clear anyway. Now we're in no hurry for when we decide who will drive in which team." 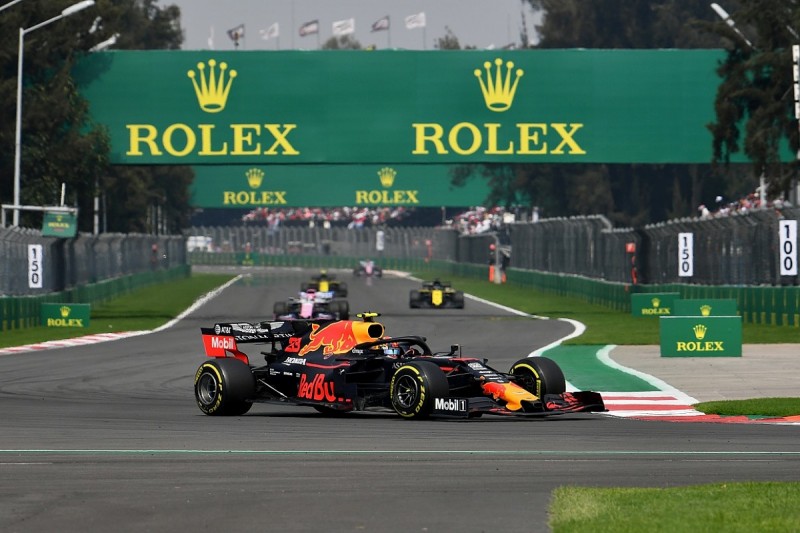 Favourite for the place alongside Verstappen is Albon, who has impressed during his step up from Toro Rosso since the Belgian Grand Prix in place of Gasly.

Having outscored Verstappen since the summer break, Marko says Albon's pace since the Japanese GP has been up there too, which makes him a good candidate to stay.

Asked about Verstappen pushing for a fast team-mate, Marko said: "He [Max] is a strong driver. He can afford to have a strong driver next to him. But Albon has shown since Suzuka that he can be almost as fast as Max."

Marko is also clear that Red Bull will not be looking outside its current tally of drivers for seats at its two teams, with Kvyat and Gasly therefore likely to stay at Toro Rosso.

"[It's] only the three. That's what we always said. All these drivers have contracts with Red Bull Racing, with the clause that Red Bull Racing can decide where they drive."

Carey downplays Concorde deadline after draft given to F1 teams

Ferrari/Williams are against delaying 2021 F1 rules