Verstappen locked up on the entry to Turn 2 on the opening lap and wide into the side of team-mate Ricciardo, whose car sustained race-ending damage.

Ricciardo was initially fuming, and the FIA was swift to blame Verstappen and impose the penalty.

Horner thinks the 10s punishment was slightly harsh for an opening lap incident - especially considering Valtteri Bottas had got away without sanction for the Spanish GP clash that ended Verstappen and Kimi Raikkonen's races there.

"I think they were perhaps a little zealous when you look at Bottas' move in Barcelona," said Horner.

"Yes Max made a mistake. He stuck his hand up. He has apologised to his team-mate. Daniel has accepted that apology and it happens.

"We have actually been lucky to have gone well over 12 months with them starting next to each other so often, without them having touched previously.

"Obviously there was no intention in it, it was just very frustrating."

Despite Ricciardo's initial fury - with television images showing him flicking his middle finger at Verstappen from the side of the track - Horner said he calmed down later when his team-mate said sorry. 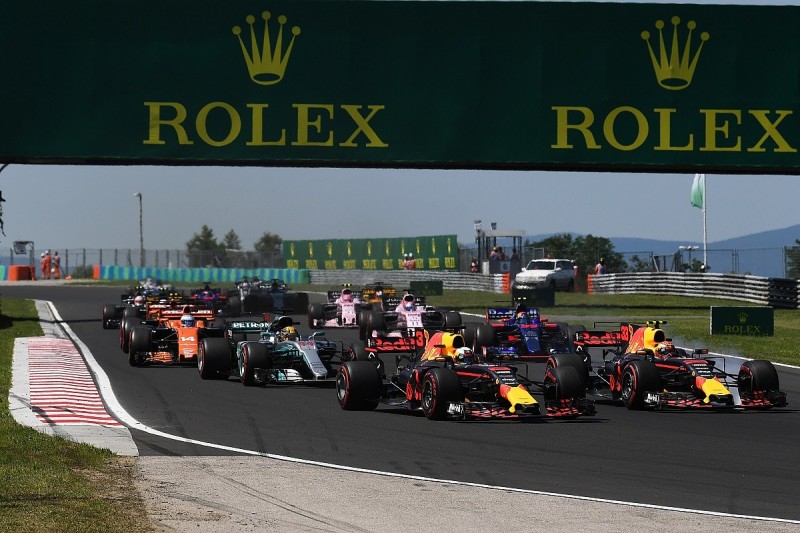 Reflecting on Ricciardo's initial anger, Horner said: "You take your helmet off. You have just been eliminated from the grand prix. He is not going to go 'oops'.

"He was pretty revved afterwards. But with an hour to calm down, it is situation normal I would say."

Asked how important it was that the two drivers had cleared the air in person, Horner said: "Massively. You have to be able to look the other person in the eye. A text message or a phone call is not the same."

Although there was a phase in the race where Verstappen was less than 10s off the lead, and Red Bull had set the Friday practice pace, Horner does not think his team lost a win in Hungary through the first lap crash.

He believes victory was always out of reach when his cars failed to qualify higher than row three.

"We saw that, from the grid positions we were in, overtaking was very difficult," Horner said.

"But certainly the pace of the car in the race gave nothing away to Ferrari or Mercedes.

"You could see after he served the penalty that he was actually able to get back to within, at one point, 10s of the leader, and was consistently the quickest car on the circuit.

"So it is frustrating that we only came away with 10 points when it should have been a lot more."

Verstappen ultimately finished fifth, right behind the Mercedes of Bottas and Lewis Hamilton.