Austrian Grand Prix poleman Max Verstappen admits the 2022 Red Bull Formula 1 car is “not amazing in qualifying” trim yet as it is “still a bit heavy”.

The reigning world champion topped Friday’s qualifying session to take pole for the sprint race on Saturday, which he duly converted to victory over Ferrari duo Charles Leclerc and Carlos Sainz.

In last month’s Azerbaijan GP, Verstappen said he was asking Red Bull to give him a better car for qualifying having felt he was still lacking in this area.

And while he has taken pole in two of the last three races, Verstappen admits the RB18 still needs to lose weight to make it better over a single lap.

“I think we are still a little bit… I would say not amazing in qualifying,” he said when asked by Autosport if Red Bull had made qualifying gains without hampering its race pace.

“But that hasn't only to do with just the car, we are still a bit heavy.

“So, of course, when all the fuel comes out, that is just a limitation we have, so we still need to lose weight with the car, which we're working on.

“But that's why, I guess in the race, it's a little bit less of an issue because first of all, you cannot push like in qualifying.

“So probably that helps a bit with the way we have the car. And that weight issue with a full tank is a little bit less visible.” 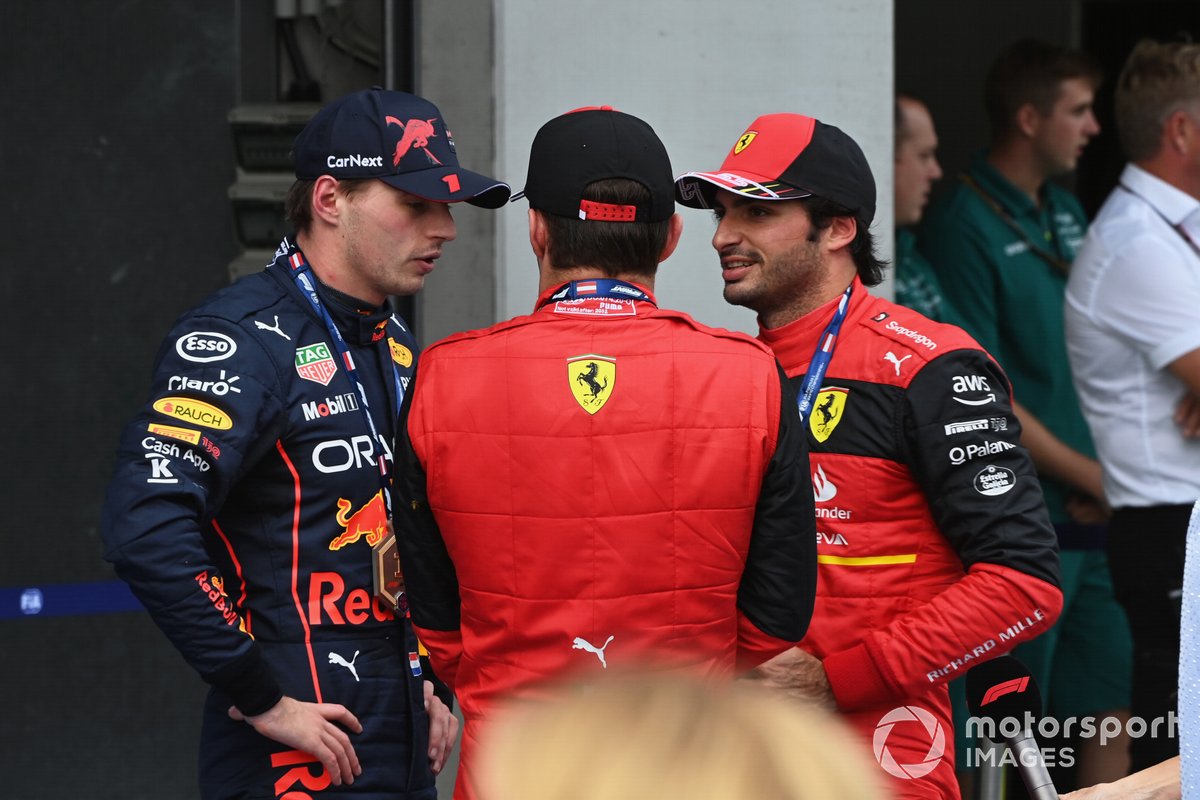 Verstappen cruised to his second sprint race win of the 2022 season on Saturday, beating Ferrari’s Leclerc by 1.6 seconds.

The Dutchman concedes the early squabble between the Ferrari duo allowed him to quickly open a gap that he could stage manage through to the chequered flag.

However, he notes the pace Leclerc had in the latter stages after he’d broken away from Sainz suggests Red Bull and Ferrari will be more closely matched in Sunday’s 71-lap grand prix.

“I mean, of course, they also had a little fight in the beginning of the race,” Verstappen said of his sprint race.

“So, I could pull a gap, and basically then control the gap.

“But you could see towards the end of the race, we were very closely matched in pace. So, I do expect tomorrow to be a tight race.”

Verstappen’s team-mate Sergio Perez – who will start Sunday’s race from fifth having recovered from 13th on the grid in the sprint following a track limits penalty in qualifying – has stated this weekend that he feels like development of the RB18 has moved away from his preferences.

Commenting on this, Verstappen said: “Well, I think in general, we always try to make the car faster and whatever they bring to the car you have to adapt to that.

“And that's certainly what I've been doing.

“I mean, of course I say what I would like for my car in general, but the upgrades on the car are not specifically designed around me. It's just more pace.”