Toto Wolff says Ferrari are “between a rock and a hard place” when it comes to using team orders on Formula 1 team-mates Charles Leclerc and Carlos Sainz.

Max Verstappen was given extra breathing space to control Saturday’s sprint race after Leclerc and Sainz were compromised by an intense fight for second in the early laps.

After a close battle at Turn 4 resulted in Sainz losing ground, Leclerc was able to run in clear air in his pursuit of the leader.

PLUS: Why Ferrari can take it to the wire in Austria despite Verstappen's sprint dominance

Following the race, Leclerc said the team can't afford to repeat the battle if it is to beat the Red Bull driver in Sunday’s race.

The Mercedes boss said he thought it was “actually quite a good call” to let the pair race, adding that team principal Mattia Binotto would have gotten “even more shit for team orders.”

Wolff said: “No, I find it actually quite a good call, they let them race. That was the only entertainment from this race. So that was good to watch.

“Now you can save if you're losing massive grounds on Verstappen when you are fighting for the championship that needs to be considered. But in any case, as a team, you always get the blame.

“You let them race, then everybody's gonna say well you're losing grounds against your main competitor, you're not letting them race you are getting even more shit for team orders at that stage of the season.

“So you're between a rock and a hard place. I know what we would have done...but I wouldn't say it.”

Binotto said “the fastest car on track is the one that is prioritised,” but that he was “happy to see those two drivers fighting.” 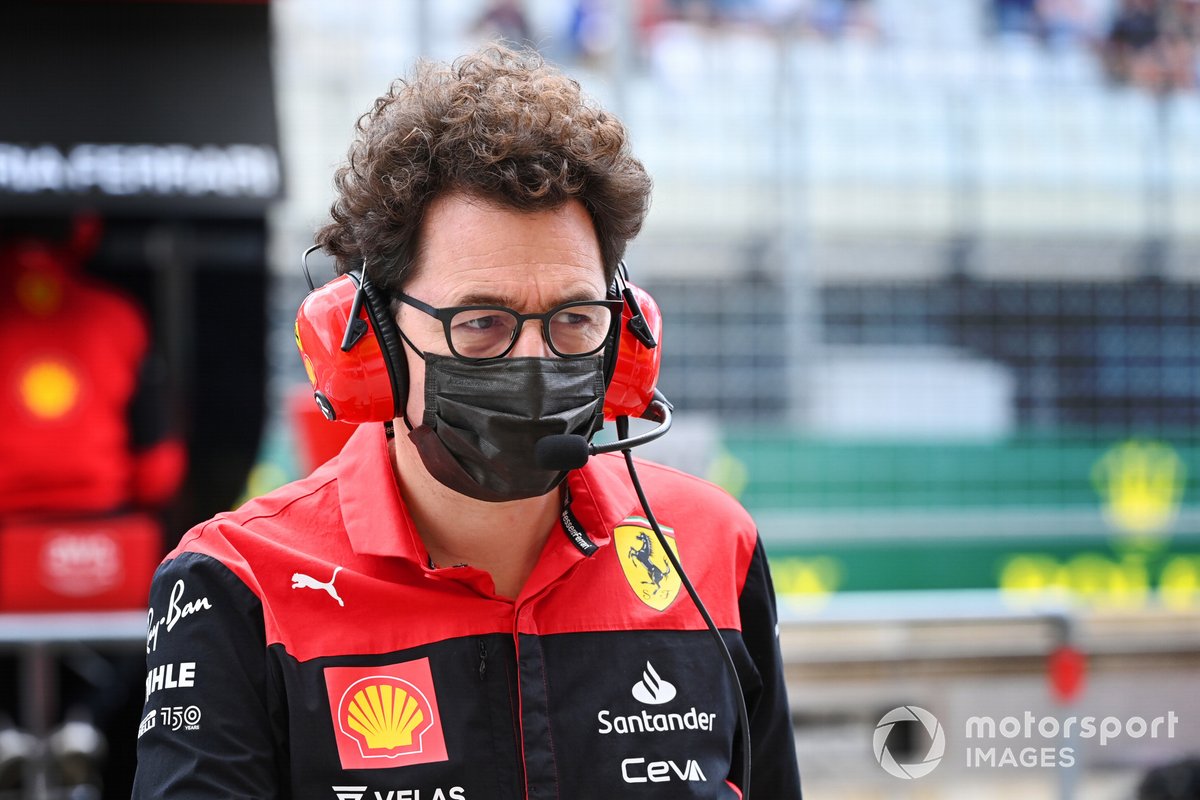 He said: “By maximising the team points, I’m pretty sure we are maximising the drivers’ opportunities by taking off points from the opponents. The opponents should not be Charles for Carlos and Carlos for Charles, but for Max, Lewis and all the others.

“So that’s the way we see it, the fastest car on track is the one that is prioritised. We believe by doing so, certainly at the moment at this time of the championship, there are things we can do.

“If later in the championship there will be one of the two drivers who got most of the opportunities, certainly we will try to gain full priority, but it’s not the situation right now. So we need to cope with it.

“So whatever you are doing is always wrong, and remember 20 years ago here in Austria, I heard the booing from the grandstands because I was here. It’s always delicate, and each single person after the race knows how we should deal with the situations.

“Once again, what we are trying to do is maximise the team points which I’m pretty sure is the right choice.”