Kimi Raikkonen has taken responsibility for colliding with Alfa Romeo Formula 1 team-mate Antonio Giovinazzi in the Portuguese Grand Prix, explaining he was distracted changing switches on his steering wheel.

The Finnish driver made an impressive start to the race in Portugal, making up two places on the opening lap, but at the start of the second tour he ran into the rear of Giovinazzi, which ripped off his Alfa Romeo’s front wing and it became lodged under the front wheels of his car.

Raikkonen skated into the gravel at Turn 1, which forced him to retire from the race, while his team-mate escaped any major damage and finished the Portimao contest in 12th place.

The 2007 F1 world champion conceded it was his mistake and explained he was looking at his steering wheel to change a switch when he misjudged the closing speeds on Giovinazzi ahead of him.

“Basically it was my mistake, I was checking something on the steering wheel, changing a switch that I got wrong coming out of the last corner so I had to change it again and then I just drove into him, so clearly my mistake,” Raikkonen told Sky Sports F1.

Giovinazzi was uncertain how much the clash impacted his Alfa Romeo’s performance but was thankful he avoided a puncture and was able to continue without any serious problems. 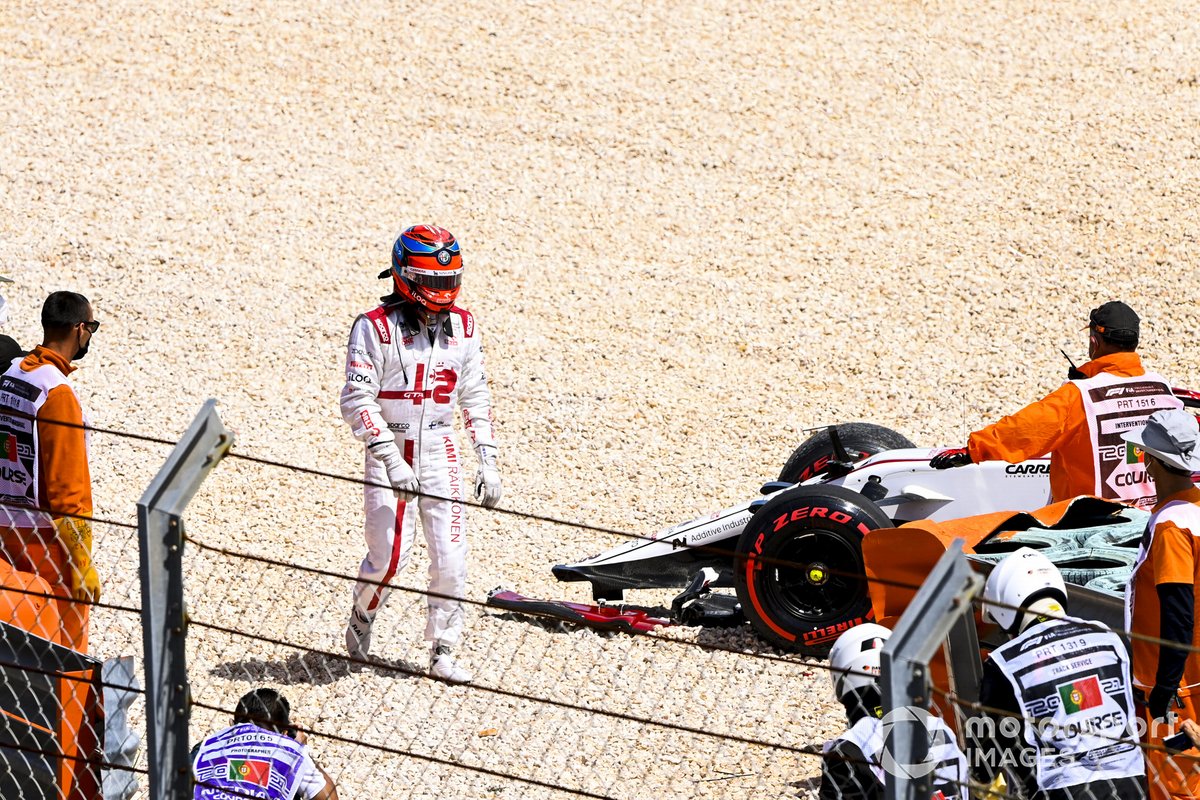 “I didn’t speak with Kimi yet but the team told me that he was changing something on the steering wheel but it is OK,” Giovinazzi told Autosport. “Luckily we had no puncture and after that it was a clear race from my side.

"We started P12 and today we were faster than the Aston Martins but slower than the Alpines so it was not enough to get into the top 10.”

Giovinazzi conceded even without the clash it was difficult for him to score points in the Portuguese GP without any more of his rivals retiring from the race, as Raikkonen ended up being the sole driver who failed to finish.

“I think we are at a point that is better than last year but still not really in the top 10, so when it is like this, that nobody stops in front, it is difficult to score points,” he said.