Verstappen took a free pitstop late on in a bid to set the fastest lap in the closing stages of the Portuguese Grand Prix, which he managed after beating Valtteri Bottas’s benchmark by 0.016 seconds on the final tour.

But Verstappen’s time was deleted shortly after the chequered flag when race control deemed that he had exceeded track limits at Turn 14.

Verstappen was left puzzled by the decision, incorrectly claiming that track limits were not being policed at the corner when they had been since the start of running on Saturday.

Marko was particularly unimpressed by the track limits call, saying it was “annoying”.

“All good things come in threes. I hope that's the end of it.

“Something has to change. Either you make a boundary with kerbs or you make gravel or something. If you go out, there's an automatic penalty.

“[Lando] Norris overtook [Sergio] Perez, went over with all four wheels, and there were no consequences. So it's not consistent, and that's not racing when you juggle the rules like that.”

Verstappen missed out on victory in the season-opening Bahrain Grand Prix after he was deemed to have gone off-track to complete a pass on Lewis Hamilton in the closing stages of the race.

The Dutchman set the fastest lap in Q3 at Portimao on Saturday, but had it deleted after exceeding track limits at Turn 4. 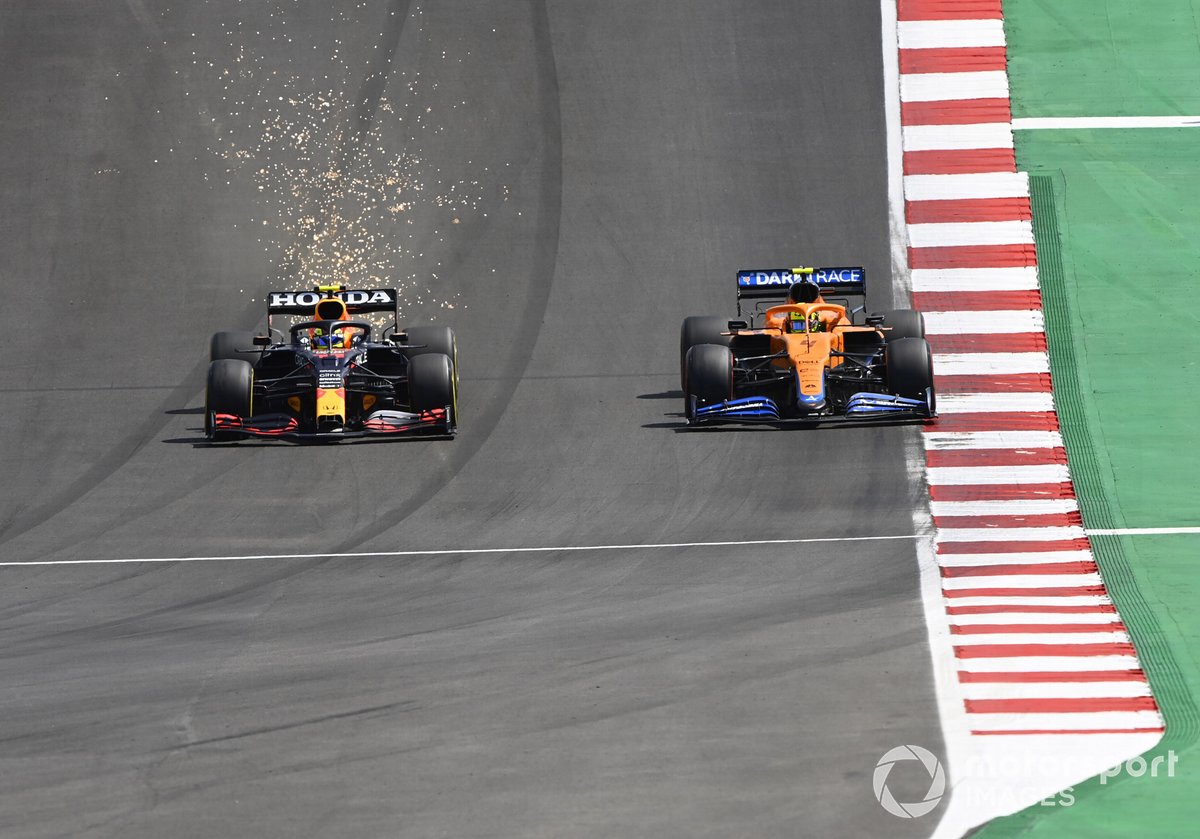 Perez was overtaken by McLaren driver Norris on the opening lap after the restart, but shared Marko’s view that the move was completed off-track at the exit of Turn 5.

"I looked at my mirrors and I thought Lando was totally off the track limits,” Perez said.

“Therefore, I didn't fight the position hard enough, thinking that he was going to give me back the place, but I probably misjudged that one.

“It took me a couple of laps to get past Lando and that created the gap to the leaders, that I was basically out of the race by then.”