The Ferrari driver finished fourth, fending off Max Verstappen for the whole race and gaining a position when Daniel Ricciardo's Red Bull retired ahead of him.

But Raikkonen said he did not enjoy the race, as the Yas Marina track requires significant fuel-saving.

"The car was most of the time pretty good, but to be honest it was not a lot to do with racing because the fuel saving was a lot," he said.

"I tried to keep the guys behind, but tried to be on the limits that you're allowed to use so it was a kind of boring race.

"But this is what the rules are and some races it's more and others not. It shouldn't be like that. It's more like endurance racing. But that's how it is.

"It's the rule and we have to respect it. But as racers, nobody's happy because we want to race."

He said the whole field would have been in the same situation and it was not a case of Ferrari needing to improve its fuel economy.

"I don't think it's just us. For sure, it's the other teams also," Raikkonen added.

"Maybe some teams have to do less than others and there are always a lot of things to do with how you run the cars and this and that, but I don't think we are any worse than other teams." 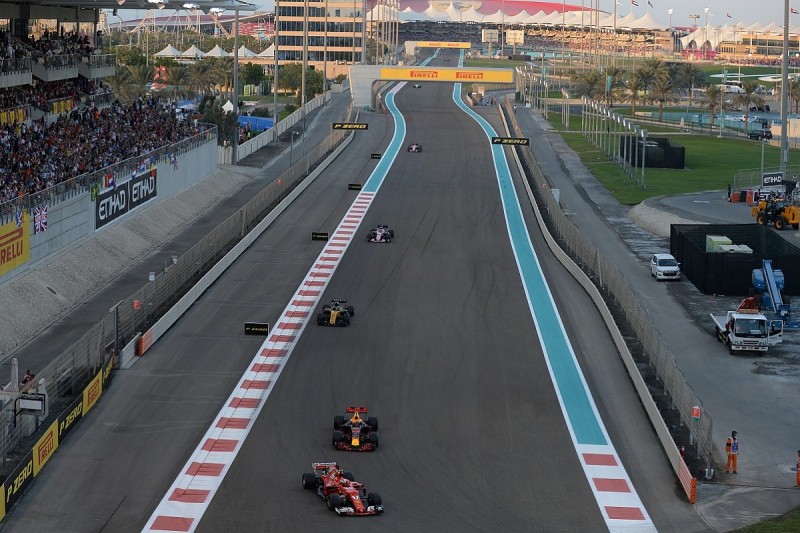 Raikkonen said his battle with the Red Bulls was entirely governed by fuel-saving.

"You were thinking 'should I go after him?' because you knew at some point it was going to have to be painful to get back under the limit that we have," he said.

"It's not a lot of fun. I think Max was more or less the same story.

"As we were close to each other it looks OK but if you look closely you were lifting off 200 metres before the corners."

Raikkonen's team-mate Sebastian Vettel said he had to save fuel at the beginning of the second stint, which meant he lost touch with the Mercedes drivers ahead, eventually finishing 19 seconds behind race winner Valtteri Bottas.

While it was a disappointing way for Ferrari's season to end, Vettel said the team could be pleased with the way it took the fight to Mercedes this year.

"You saw today we weren't quick enough," said Vettel, who finished 25s ahead of Raikkonen.

"I don't think it's a shame to come second [in the championship] in the way that we did, but it's not what we want.

"Overall we had a very good run - I don't think there was an awful lot more to grab."