Racing Point's new RP20, which made its public debut when it hit the track at Barcelona for pre-season testing on Wednesday morning, shows a clear resemblance to last year's world championship-winning W10.

Green said the team felt there was little to be gained by sticking with the philosophy it had been pursuing.

Success with the concept could provide a leap in performance, and the risk of adopting such an approach is offset further by the fact that there is only one more year before the 2021 rules overhaul.

"The inspiration is from the quickest car from last year," Green told Autosport.

"That's where our inspiration came from. It's [a question of] why wouldn't we?

"We're in a position where we're using their [2019] gearbox, we've got the same power unit, and the gearbox is designed for suspension to go with a certain aerodynamic philosophy.

"We had a car that was running around seventh in the championship. And we've got one more year of these regulations, and the development that we were seeing with the high rake car to me just wasn't going to deliver, and it was worth taking a risk.

"And it is a big risk. We tore up what we did before, fresh piece of paper, where are we going to start?

"If it works, it works. If it doesn't, we've lost one year, but I don't think we would have lost anything relative to not doing it.

"The downside of not doing it was much greater." 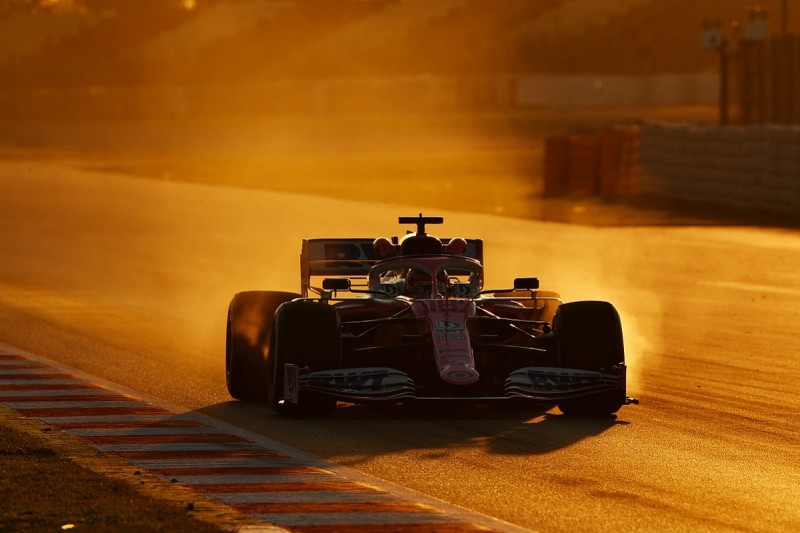 Green acknowledged the key was to fully understand how Mercedes' approach worked.

"We had to be confident that the team had the ability to understand what they were doing, and that's the risk," he said.

"I think from the data that we've seen during all the winter development our [aero] team have done a really good job at trying to understand how it all fits together and works.

"We've added our own bit to it, our own Racing Point side to it. So far, it seems really encouraging."

Green said Racing Point has for several years consciously avoided following Mercedes' aero route, despite the restrictions created by the shared gearbox, which commits a customer to the same pick-up points.

"It tries to push you in a certain direction," he said.

"And we've been resisting it for several years trying to do a different type of concept using their hardware, and this was the year that we had the opportunity to do it."

Asked how much of the launch car will be raced in Australia, Green said: "You're seeing a fair chunk of it, but there's a significant change coming for Melbourne as well.

"But that's got to be like the big step."