The Italian manufacturer has been F1's sole tyre supplier since it returned to the championship in 2011 and currently has a deal that runs up until the end of '19.

In F1's recent Global Fan Survey, run by the Motorsport Network, 69.4% of fans backed a return to competition between tyre manufacturers.

The last time F1 had more than one tyre supplier was in 2006, the final year of Michelin and Bridgestone's rivalry.

When asked if Pirelli would welcome a rival supplier, Tronchetti Provera said: "We race everywhere in the world, alone and against others.

"When we race with the others, we win.

"We're ready for any competition, with anybody." 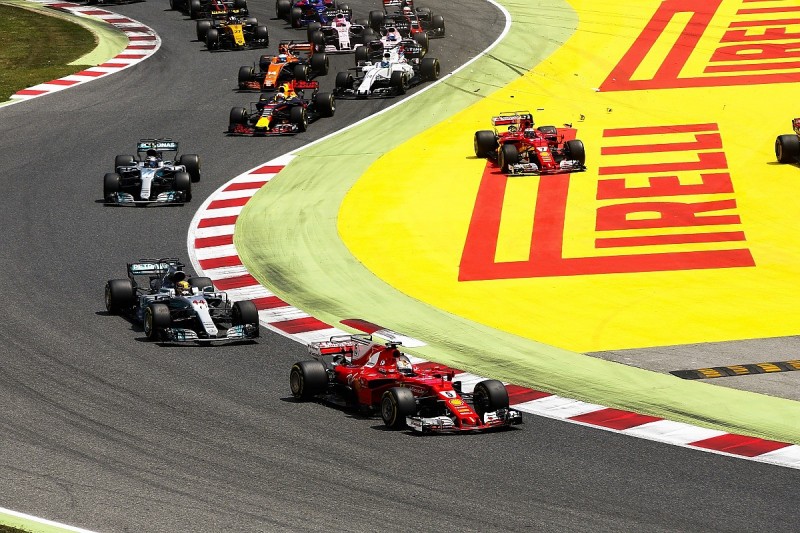 But he underlined that it "is the teams' willingness" to retain a single supplier.

Tronchetti Provera added: "I never heard in the last years or months any will to change."

When it was suggested that tyre competition pushes costs up, Tronchetti Provera replied: "It is quite expensive even without competition."

Pirelli went head-to-head with Michelin for the last F1 supply tender, which runs from 2017-19, with ex-F1 boss Bernie Ecclestone choosing to keep faith in Pirelli.

The deal extends Pirelli's stay in F1 to nine seasons, and Tronchetti Provera suggested the company is keep to continue beyond that.

"We see F1 remaining as the most attractive race in the world.

"Pirelli is the largest supplier of motorsport globally."

When asked when he would have to make a decision regarding an extension, Tronchetti Provera replied: "In a year-and-a-half, more or less - halfway through [the current deal].