The F1 tyre manufacturer had intended two-to-three-stop races would be the norm in 2015.

For the last two grands prix in Monaco and Canada the majority of drivers have only had to make one trip into the pits to take on fresh rubber.

Speaking to AUTOSPORT in response, Hembery said: "If we wanted to be self-critical we are finding this year wear and degradation levels are improved over last year, and the cars are maximising the tyres for a far greater number of laps.

"Canada was a one-or-two-stop race, and we have been given the task of creating a two-to-three, so we are a few laps shy of that at the moment.

"The reason being is we did some work on the rear tyre and that has allowed the teams to balance all four corners of the car much better.

"We're seeing no great differences between the teams this year. It's very minor, with more laps being gained out of the tyres.

"That rear tyre has enabled them to set the car up differently and balance things out." 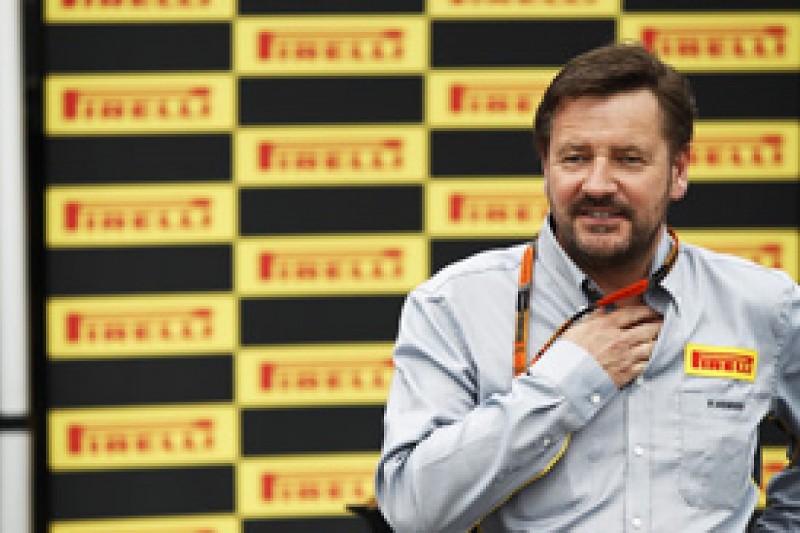 Pirelli has also been caught out by the slower-than-anticipated pace gains made by the teams.

Hembery added: "We've not seen the performance improvements anticipated at the start of the year, and which were suggested in winter testing and Melbourne.

"There has only been a marginal pace improvement over last year, which has again been a bit of a surprise.

"Even with a two-second improvement you can imagine there is a lot more energy going into the tyre and that can rapidly change what is happening in terms of race strategy, wear and degradation levels."

Hembery concedes there is little Pirelli can do at present as any major changes now will have to wait until next season.

"There are a few races this year that as we go forward we can maybe look at making a little change," he said.

"But even then it's marginal because circuits can often pre-determine what we can choose, and the open choices we have are very few and far between."

Kimi Raikkonen: Formula 1 could be a 'little more dangerous'