After Nico Rosberg completed 60 laps on Wednesday in a modified 2015 car at the Circuit de Catalunya, Pascal Wehrlein managed just 31 on Thursday.

Following overnight rain, Pirelli and Mercedes faced a damp surface, a track temperature of just 15 degrees centigrade and fog before rain returned in the afternoon to bring a premature end to the day's programme.

Wehrlein's limited running was spent on the intermediate tyres.

Hembery said: "Obviously the weather hindered progress to some extent, both today and yesterday, as is not entirely unexpected at this time of year in Europe.

"The same can apply to the early part of next year, which is why we are in favour of some guaranteed warm-weather testing in 2017, before the season gets underway."

Pirelli is currently engaged in a battle in the F1 paddock to switch one of next year's pre-season tests at Barcelona, if not both, to Bahrain. 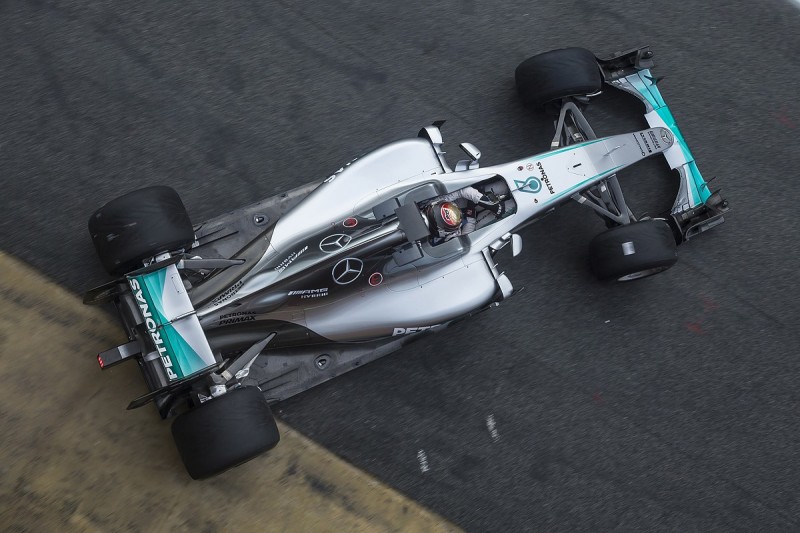 The Italian manufacturer's cause has been aided so far by Mercedes and Ferrari, while Red Bull, Williams and a number of other smaller teams are eager to remain at Barcelona on cost and logistics grounds.

Pirelli will at least gain some warm-weather running from tomorrow with testing switching to Abu Dhabi's Yas Marina circuit, with Red Bull on track for three days.

Lewis Hamilton was scheduled to take part in the testing this week in Barcelona, but he was forced to withdraw after injuring a foot in training.