As the most senior driver on the Red Bull junior programme, reigning GP2 champion Gasly remains the most likely alternative for Toro Rosso should a seat become vacant.

Sainz caused a stir during the Austrian Grand Prix weekend when he suggested he was unlikely to remain at the Faenza-based squad for a fourth successive season, but Red Bull subsequently confirmed it had taken up the option in his contract to retain his services.

However, Red Bull team boss Christian Horner went on to say a week later at Silverstone that offers for the Spaniard's services would be considered.

Gasly told Autosport: "The only thing I want is to be in F1, and if things like this [Sainz leaving] are happening, it can only be a good thing because it means there is a seat in Toro Rosso.

"But we still don't know exactly what is happening, and we'll have more answers in the next few weeks.

"At the moment the only thing I can do is to push for things for happen.

"Red Bull knows I want to make it to F1, and they've been supporting me for the last four years, but F1 is quite a difficult world; it's not all about performance. 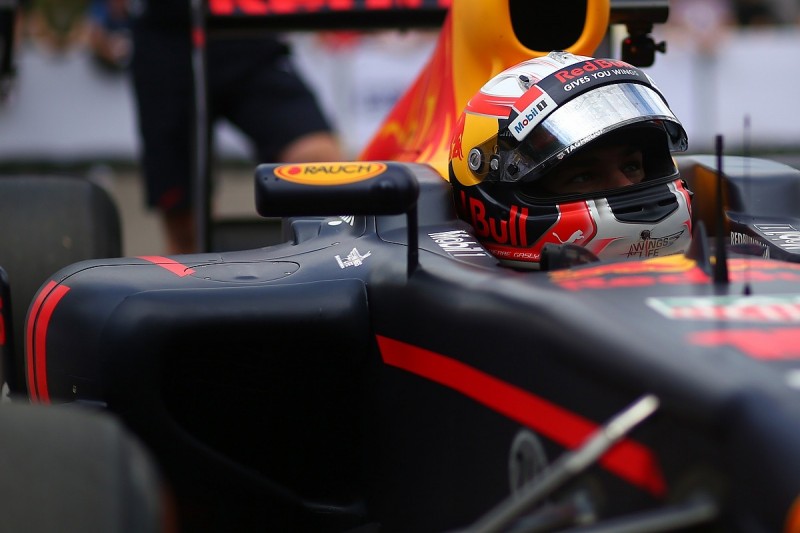 "Politics and finances can play a part unfortunately and you just have to wait for the right time for your opportunity.

Gasly, whose main racing programme is in Super Formula this season, will get his second run in a 2017 F1 car next week in post-race testing at the Hungaroring, sharing test duties with race driver Max Verstappen.

While the Frenchman's capabilities are well known to the team, he still believes the test offers one final chance to prove he is "fully ready" to make the graduation to a full-time drive.

"I've been with Red Bull for a couple of years, and every time testing has gone really well, in the simulator also they can compare me to Daniel [Ricciardo] and Max and when you test you compare," added Gasly.

"Every test is still a good opportunity to show what you can do and show your potential.

"I don't think it will be 'yes or no' for my future, but everything you can do to impress them is good, and this is a chance to show them I am fully ready to make the move.

"I'm still 21 and the only thing I think about every day is F1. At the moment I am still waiting for my chance."

Formula 1 is destroying its own DNA