Sergio Perez knew before heading into Formula 1's summer break that his future with Red Bull was secure for 2022 ahead of a contract being signed this week.

Red Bull announced on Friday afternoon that Perez would be remaining with the team for next season after agreeing a one-year extension to his contract.

While the news was largely expected, it was nevertheless significant as it marks the first time since 2018 that Red Bull will have the same driver line-up that it started the previous campaign with.

Perez has scored one race win and one podium finish since joining Red Bull, and is set to play a key role in the team's push to win a first constructors' championship since 2013.

Asked by Autosport when Red Bull had informed him a new deal would be offered for next year, Perez revealed it was made clear well before the summer break that he would be staying at the team.

"I went into the summer break knowing what I was going to do," Perez said.

"But obviously everyone went on holiday, so it took us longer for it to be ready. I signed on Friday, once everyone was back, and yeah, we committed a long time ago.

"It was a couple of races already ago that Helmut [Marko] and Christian [Horner] told me that they're very happy to keep me, and that I shouldn't be looking anywhere else. 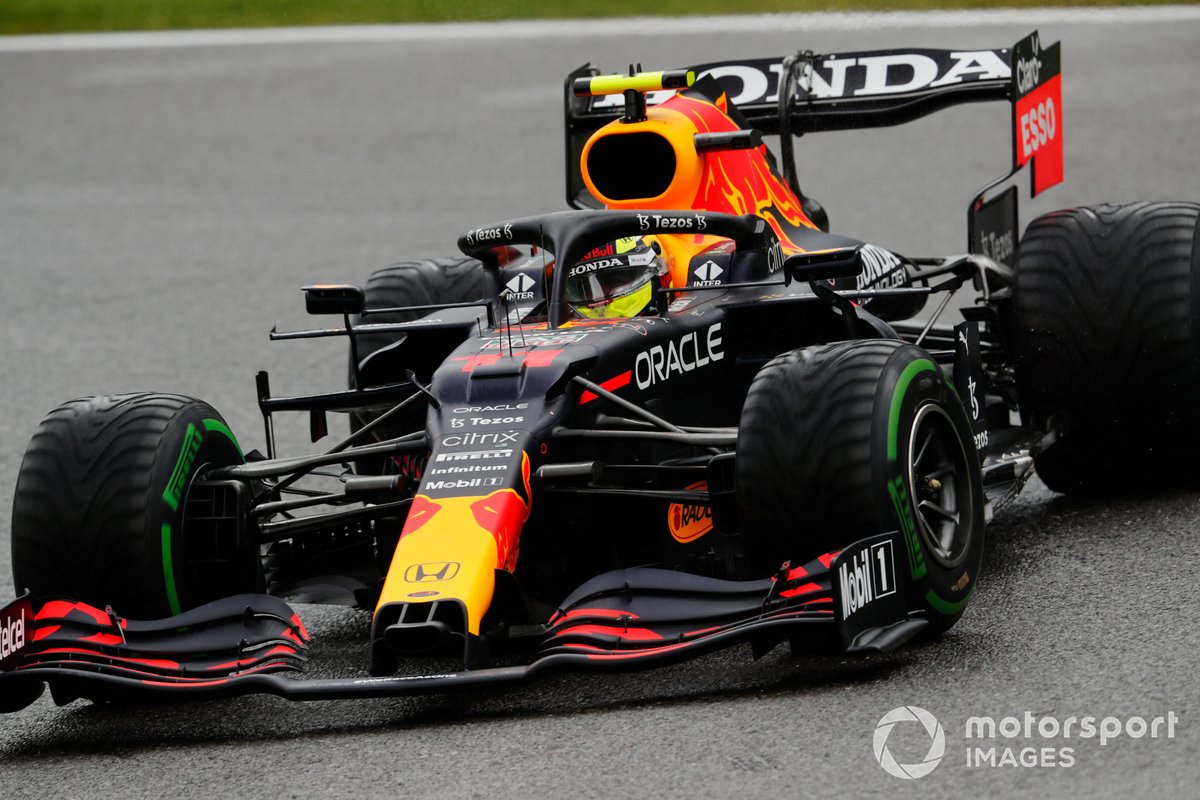 Perez added that he "didn't speak to anyone else" about an F1 drive in 2022 as it was "very clear that I wanted to continue here next year".

The stability for Perez strongly contrasts his position 12 months ago when Racing Point announced he would be released after just one year of his three-year deal to make room for Sebastian Vettel at the team when it was rebranded as Aston Martin.

Perez has struggled at points with the notoriously tricky Red Bull RB16B car through the first half of the year, but the Mexican driver was excited by the chance to impress under the new technical regulations coming in 2022.

"It is a massive opportunity, and next year, everyone starts from zero," Perez said.

"There is no secret that I have been struggling with the car at times to get the maximum, so right now, I can think with the bigger picture in mind, getting some other things that can influence next year's car.

"So definitely it is a big opportunity."