Lando Norris will drop five places on the grid for Sunday’s Formula 1 Belgian Grand Prix after McLaren was forced into a gearbox change following his qualifying crash.

Norris suffered a high-speed crash at Eau Rouge after spinning off in wet conditions at the start of Q3, resulting in him being taken to hospital for a precautionary x-ray on his left elbow.

While Norris has since been cleared to race by the FIA medical delegate, his car was left with significant damage that left McLaren with a sizeable repair job to complete overnight.

Autosport reported on Saturday night that McLaren’s initial checks showed that a new gearbox was required, but that the chassis and engine were not damaged to the point of further changes being required.

McLaren has now formally confirmed that Norris has taken a new gearbox, dropping him back five places on the grid.

“After assessing the damage to Lando's car, we have decided to change the gearbox, resulting in a five-place grid penalty,” a short statement from McLaren read.

The penalty pushes Norris back to 14th place on the grid after he qualified 10th on Saturday, with Valtteri Bottas’s five-place drop applied after the Turn 1 incident in Hungary before the summer break.

Charles Leclerc and Nicholas Latifi will now start ninth and 10th respectively ahead of Carlos Sainz Jr and Bottas, with Fernando Alonso lining up 13th for Alpine. 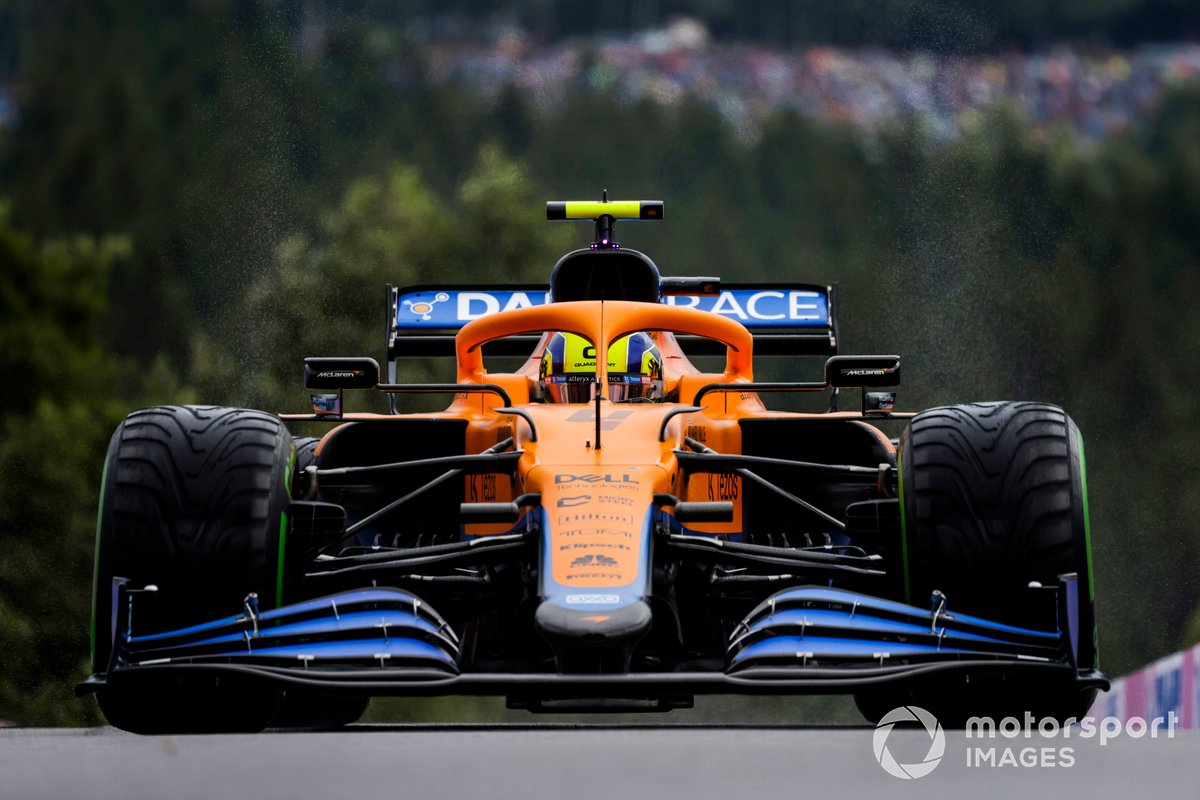 Norris was apologetic over team radio following the crash, having felt he could have been in the fight for pole position after topping Q1 and Q2.

“I’m excited,” Norris said. “At Spa, anything can happen. We obviously had good pace, the car was really nice to drive today. It's cool it's fun conditions to drive in, maybe not quite at the end.

“The whole of Q1 and Q2 was challenging but it's what we love as drivers, and hopefully it's not too bad tomorrow and I can try come back through.”

Norris’s McLaren team-mate, Daniel Ricciardo, will start the race from fourth place on the grid.