In only his second event for Red Bull, Perez out-qualified team-mate Max Verstappen and felt he actually lost pole at Imola to Mercedes driver Lewis Hamilton with a mistake in the final corners of his last Q3 lap.

Perez had trailed Verstappen by 0.593 seconds in FP3 – the only practice session both Red Bull drivers completed after the former collided with Esteban Ocon in FP1 and the latter had a driveshaft problem early in FP2 – and was 0.286s slower than the Dutchman in Q1.

But he gained significantly after running the soft tyres throughout Q2, topping that segment and then beating Verstappen by 0.052s in Q3 – where both made errors that cost them the chance to deprive Hamilton of pole – to take his first F1 front-row start.

Explaining how he was able to make such an improvement in the post-qualifying press conference, Perez said: “I think just understanding where to get the time.

“I have a pretty good reference in Max, it’s just getting 100% all time out of the car [is difficult]. It’s just adapting myself to it, learning step-by-step.

“I wasn’t expecting myself to be here at the moment because I feel that I am miles away from where I should be [with the RB16B].

“Things are not coming naturally yet. So, it’s a good boost in confidence, not just for myself, also for the team – to make them feel that they have both drivers and that we can push the team forward together. 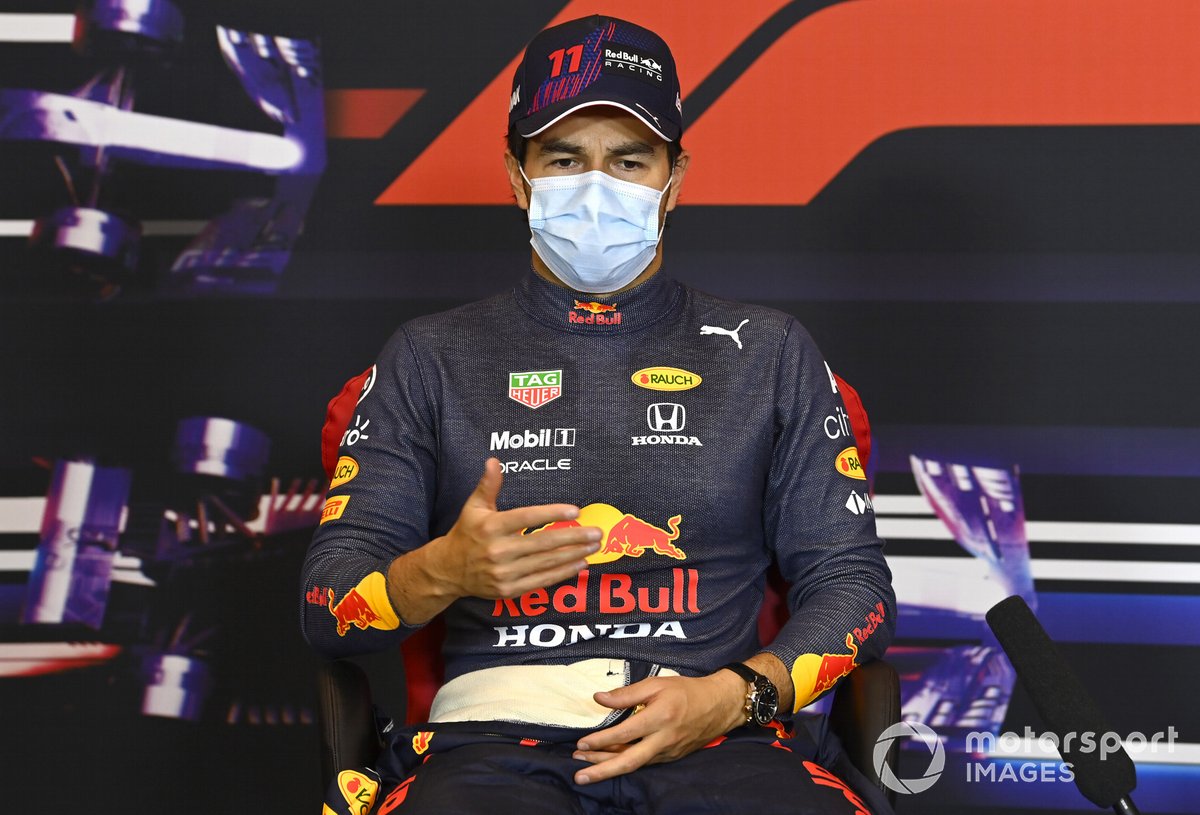 “That’s an important bit. Hopefully from here on, we just keep that progress and [in the race] we do another step in performance.

“I’m not in a hurry, I know that I’m not where I should be, but certainly it’s positive to be up here just in my second race with the team.”

When asked by Autosport to explain why he had not used the medium tyres in Q2, which would have provided a slightly better starting strategy for Sunday’s race, Perez said: “We felt as a team that the soft is nowhere near where it was last year, so it’s a good race tyre.

“It’s just different to the medium [and] it was very important and crucial for me to get that learning, that consistency and that progression [by reaching Q3].

“Last time [in Bahrain] I missed Q3 and really getting those laps. We can all look back and all do better, but just getting in that mood with the car is very important for me – to be able to put it when it matters.

“I needed this clean qualifying. Whether or not it is the right or wrong strategy I think there’s not much between them, so we are definitely in the game for tomorrow.”