Max Verstappen says Red Bull is “a little bit” on the back foot at Imola after a driveshaft issue ended his Formula 1 practice running prematurely on Friday.

Verstappen had been tipped as the pre-event favourite for the Emilia Romagna Grand Prix after only narrowly losing out to Lewis Hamilton in Bahrain three weeks ago.

But after narrowly trailing both Mercedes drivers in FP1 at Imola, Verstappen suffered a setback early in second practice when he was forced to park up at the side of the track at pit exit following a loss of power.

It brought Verstappen’s day to an early end, leaving him 14th in the final FP2 classification with just five laps on the board, as well as costing both him and Red Bull some valuable long runs later in the session.

Valtteri Bottas topped both sessions for Mercedes, with Verstappen clocking the third fastest time in FP1.

The incident continued Verstappen’s difficult record at Italian circuits, having retired from the races at Monza, Mugello and Imola last year.

“I like Italy, the food is good, I enjoy being here - just the driving part so far hasn’t been the luckiest,” Verstappen acknowledged.

“I had a driveshaft issue, so I had to stop the car.”

Asked how much the setback left Red Bull on the back foot in the fight against Mercedes, Verstappen replied: “A little bit. But I think you know what you have to do anyway, so you should be alright.” 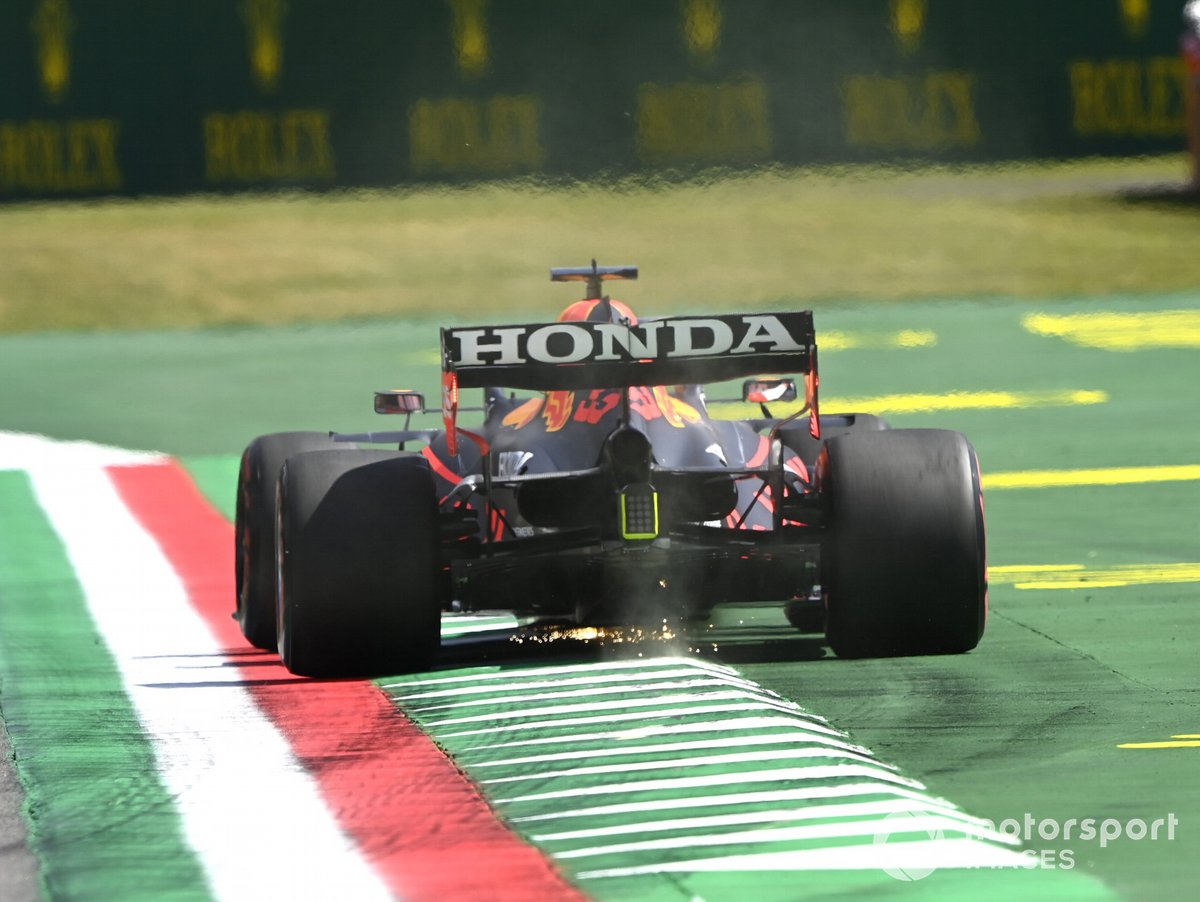 Red Bull had hoped to get the car back to the garage in time so that Verstappen could return to the track later in FP2.

But after the car was recovered by the marshals and loaded onto a truck, it was transported via the side-roads around Imola in order to get back to the pits.

“It looks like the driveshaft has given way unfortunately, we're just trying to under exactly what has caused that,” said Red Bull team principal Christian Horner.

“Unfortunately the car went on a bit of trip around Imola town after they collected it, before we got it back in the pits. It just didn't allow enough time to get it replaced.

“It's obviously on a Friday gearbox as well. We'll be inspecting all the other parts in time for tomorrow.”

Verstappen said Mercedes’ improved pace compared to Bahrain was “no surprise”, but that he did not feel any major issues with his Red Bull RB16B’s set-up from his completed running.

“It’s of course difficult to say now in the second session how we would have been, but nothing shocking,” Verstappen said.

“So we’ll just have to look into what we can do better tomorrow in terms of balance. But yeah, of course, first we have to make sure that nothing breaks.”