Sergio Perez was left ruing a final-corner mistake during Formula 1 qualifying for the Emilia Romagna Grand Prix, saying he “should have been on pole”.

Perez bounced back from a difficult Friday that saw him crash into Esteban Ocon in FP1 and struggle to feature with the frontrunners in FP2 by qualifying second at Imola.

But Perez believed he did have the pace to snatch pole position away for Red Bull in the dying moments of qualifying after Hamilton failed to improve on his final lap.

“I should have been on pole today," Perez said.

“I did a mistake on my final corner, so I think it's everything positive.

“We just have to make sure that we keep progressing, and tomorrow is what matters."

Perez was satisfied with how he managed to recover from the incident on Friday with Ocon, for which no action was taken by the stewards, and admitted he was surprised by the turnaround over the weekend. 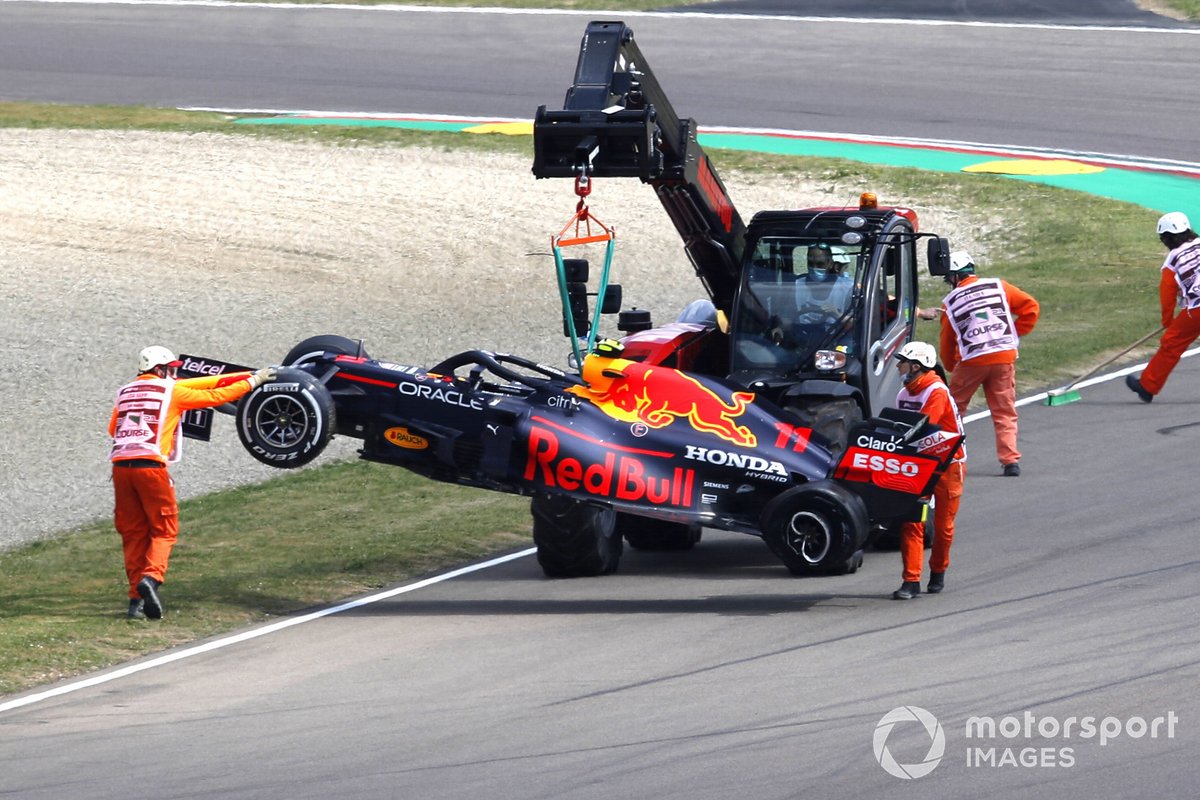 “I have to say well done to the team," Perez said. “Yesterday I made a mistake and I made them work hard during the day, so it's a good recovery.

“But the most important is always showing progress. I never expected to be here today where we were yesterday. We've been improving, but it's just important to be P2."

Perez will start Sunday’s race on the soft compound tyre, giving him a theoretical pace advantage over Hamilton and team-mate Max Verstappen, who starts third, in the opening stint.

“I think anything can happen tomorrow," Perez said. “We are on a different strategy to Lewis and Max. And so, it's gonna be interesting to see what we can do.

“Most important [is to] get those points, get battling, which is priority at the moment."

Verstappen was just 0.087 seconds shy of Hamilton’s benchmark, but was also left ruing a scrappy final lap in Q3 that cost him a possible front-row spot, calling it “not so good".

“In Q3 I went off at Turn 3, so a bit messy, just not a great lap, but it can’t be good every time," Verstappen said.

“We'll see what went wrong, but it was definitely not the easiest thing. But still P3, which is a good starting position.

“It’s going to be interesting because we have the two cars on different tyres so let's see how that will work out.

“We'll try to make it difficult for [Mercedes]."