Sergio Perez and Esteban Ocon have escaped punishment after a collision which brought out a red flag in first practice at the Formula 1 Emilia Romagna Grand Prix.

The first session of running at Imola was blighted by technical issues that impacted both TV coverage and radio and data communications between cars and their engineers on the pitwall.

The incident occurred at Turn 5, 36 minutes into the session, with Alpine driver Ocon on a slow lap and attempting to move out of the way to let the fast-approaching Red Bull of Perez go past him.

However, due to a misunderstanding exacerbated by the lack of radio communications that made it hard for teams to tell drivers about potential traffic issues, the two cars made contact with Perez’s left rear touching Ocon’s right front.

Perez spun to a halt on the exit of Turn 6 with obvious damage to his left rear wheel, while Ocon was forced to pull off the track and park after the corner. With both cars out of action the session was immediately red flagged.

The technical issues meant that no clear TV coverage was available of the incident, and no onboard footage was broadcast, so in the immediate aftermath it was not entirely clear what has transpired. 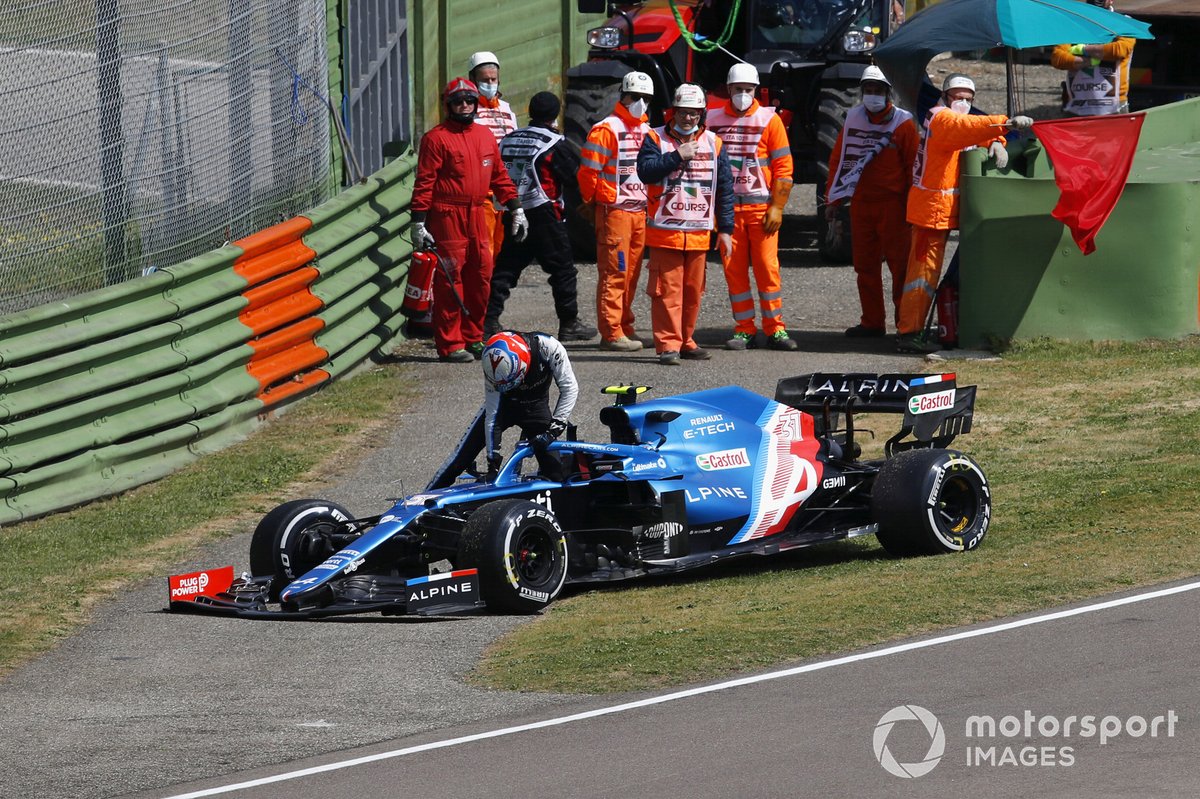 Esteban Ocon, Alpine A521, gets out of his car after stopping

Both drivers were summoned to the stewards half an hour after the session, where they agreed that neither was at fault. The stewards decided to take no further action.

In the report of their decision the stewards said: “Ocon slowed before Turn 5 in order to let Perez by, as well as moving entirely to the inside of the turn. Perez was on a fast lap. The two cars reached the apex at the same time, and just barely touched wheels.

“In the end, both drivers agreed in the hearing that it was an unfortunate miscommunication of timing between them, not helped by the fact that both drivers had limited or no communications with their teams at the time.

“Both drivers agreed that neither was at fault. The Stewards therefore take no further action.”