The Venezuelan claims staying at Williams is an option, but is set to leave the team, with Lotus, Sauber and Force India all potential destinations.

With Lotus believed to be his first choice but the team still waiting on investment from Quantum Motorsports that should allow it to sign Nico Hulkenberg to partner Romain Grosjean in 2014, Maldonado insists the choice of destination is in his own hands.

"At the moment, I have not made the decision yet," said Maldonado when asked by AUTOSPORT about where he is driving next year.

"The decision will be down to me, so I prefer to take some more time.

"I hope to have the decision before the end of the season and there are still a couple of weeks to go, so we will see. I cannot guarantee I will leave the team [Williams] or will stay.

"It's my third season, so it's a very important moment professionally for me and I will want to make the best decision for my future."

Maldonado accepts that he faces a difficult choice given the uncertainty surrounding the competitive order next year.

He has potential options at teams powered by all three engine manufacturers - Mercedes, Renault and Ferrari - meaning it is not clear which team is the best prospect for the new 1.6-litre V6 turbo era.

"It's not easy to choose the team especially when everything will be new for next year," he said.

"I have been here for three years so it will be maybe an advantage to stay in the team because I know everyone here.

"In another team, it will be like starting from zero but I will not be the first one doing that in history.

"Apart from that you have many other factors. You need to see who will work with you, the projects, engines... many things. 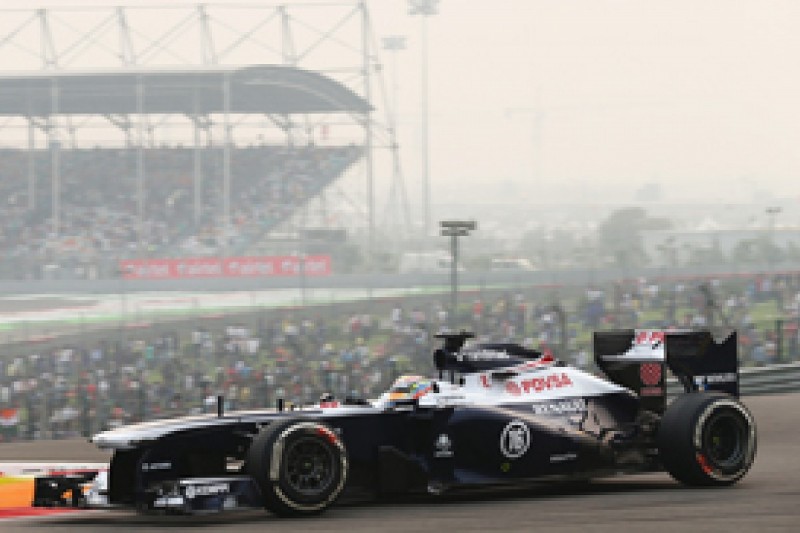 "I'm taking my time because it will be very important for me and I need to feel comfortable.

Maldonado insists that his relationship with Williams remains strong despite the planned move away.

"There is a lot of speculation around saying that my relationship with the team is completely broken but that's not true," he said.

"We are trying to do our best and we will try to do our best until the end of the season. It has been very hard to accept that this year's car was not competitive enough but F1 is like this."

Fernando Alonso tired of questions about relationship with Ferrari