The Finn will be a late arrival in Abu Dhabi, having opted to delay his departure from Europe until the last minute. Raikkonen is missing his regular media commitments at the Yas Marina track on Thursday.

Although the team is adamant that the former world champion's decision to arrive late is simply down to him electing to spend more time at home, with no risk of jet lag issues due to the time difference, high level sources have revealed that all is not well between the driver and team.

As well as the ongoing matter of unpaid payments - which he said was a key factor in him electing to join Ferrari in 2014 - the nature of the heated radio conversation with trackside operations director Alan Permane at Buddh telling him to let Romain Grosjean overtake him is understood to have not gone down well.

Sources with good knowledge of the situation suggest that Raikkonen was so annoyed with Lotus matters that he even briefly considered not racing in Abu Dhabi this weekend.

However, following conversations with senior team representatives over the last 48 hours, it appears that Raikkonen has been convinced to carry on with the team and is now scheduled to arrive in time for opening practice in Abu Dhabi.

It is also thought unlikely that, having not been paid in full, he would deliberately not race and put himself at risk of breach of contract. 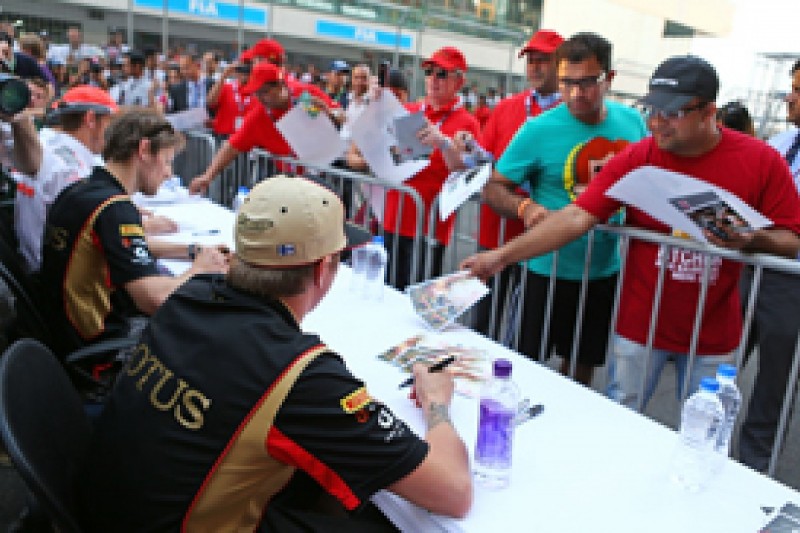 Nevertheless, the relationship between Raikkonen and Lotus appears set to come to a difficult end over the remaining races of the 2013 campaign.

Lotus has been in the media spotlight since India, with team principal Eric Boullier apologising on Tuesday for the language used in radio comments following a backlash from Raikkonen fans.

Boullier vowed to have words with both Raikkonen and Grosjean in Abu Dhabi this weekend to ensure that the team's performances on track are not compromised.

"I'm going to speak to both of them in Abu Dhabi," he told AUTOSPORT. "We are working for these guys to deliver, but there is a team behind them and you always have to think about the team."

Neither Raikkonen nor his manager Steve Robertson were available for comment.