Mercedes motorsport boss Toto Wolff has confirmed holding discussions with Manor owner Stephen Fitzpatrick about securing Wehrlein one of the last two seats available in F1 for next season.

Although Mercedes is supplying Manor with power units from 2016, any deal for Wehrlein, who became the youngest DTM champion in the series' history this year, is completely independent.

"I'm looking at the market and it's very difficult to find a permanent race seat for next season for him," Wolff told Autosport.

"He definitely has the ability to be in Formula 1, to be one of the very successful ones, but it needs to be the right place for the right value.

"If we can't make it happen for '16, then we'll give him lots of mileage in an F1 car, be it with us or another team in the form of a testing programme, and then we will see what opens up for 2017."

Wolff has confirmed that a testing programme could be with any of Mercedes' partners - the 21-year-old has already tested with Force India - but he is not yet giving up hope of Wehrlein securing the drive with Manor.

"We [Mercedes and Manor] are still having conversations," said Wolff.

"But I understand there are commercial constraints Manor is facing, that there is this financial reality, so you can't force it.

"Staying in DTM is Option B, and if it is only Option B then we will make sure he continues to learn in and around a Formula 1 car as well.

"I would rather see him move on into Formula 1 because I think he deserves that, and if not then he will have the opportunity to defend his DTM title."

Asked if Wehrlein's situation would be resolved before Christmas, Wolff replied: "It's going to stretch over into the new year."

The French youngster has been retained as a Mercedes junior, and told Autosport that he would prefer to race with the manufacturer in the DTM than move into GP2 next year.

Mercedes is the only band yet to announce its 2016 DTM driver line-ups, with Audi and BMW confirming in recent weeks that they were both retaining the same eight drivers.

At the brand's Stars & Cars event in Stuttgart on Saturday, Mercedes DTM boss Ulrich Fritz indicated news on its 2016 line-up would come early in the new year. 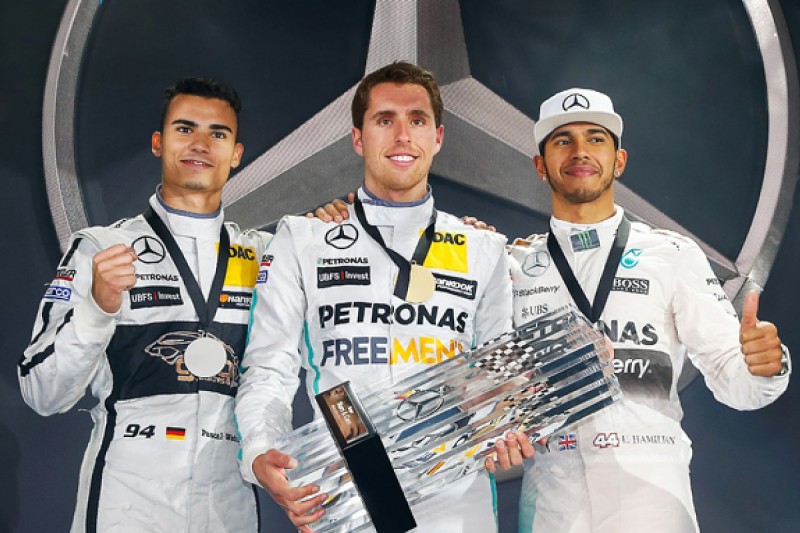