If Rosberg finishes third at Yas Marina, he will win his maiden world title even if Hamilton secures his 10th victory of the season.

All season long, Rosberg has refused to be drawn on talk about his championship hopes, instead declaring he was taking it one race at time.

But Rosberg has admitted he is unsure how he will tackle the biggest race of his career so far, when he could choose to play it safe and aim for the third place he needs or go flat-out for victory.

"I don't know how I'm going to approach the last race yet," he said.

"I will let you know on Thursday [in Abu Dhabi] when I have had some time to think about it.

"It's going to be a difficult race weekend like always.

"It's always a challenge - nothing in F1 is easy."

Hamilton has been in supreme form of late, winning the last three races to gradually chip away at the deficit to Rosberg.

But hopes of a fourth world title remain out of his control, having lost a haul of points courtesy of engine failures earlier in the season. 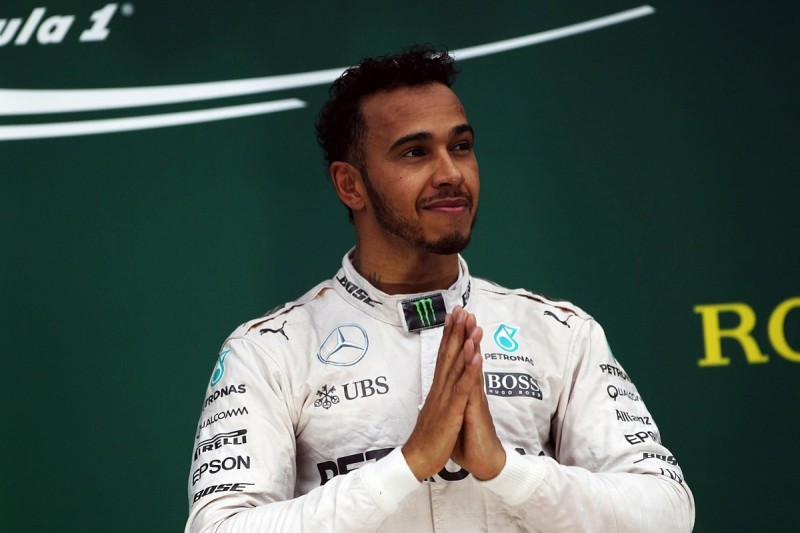 Hamilton, who is level with Rosberg on nine wins this season, was delighted with his performance in Brazil last weekend but admits he is in an awkward position going to Abu Dhabi.

"I'm happy I beat everyone in Brazil," he said.

"I'm happy that with the same car I beat Nico and Nico is driving at his best right now and on Sunday he had nothing on me.

"I'm happy that we as a team are continuing to make history.

"I'm happy at how great that the new mechanics that were given to me at the beginning of the year have gelled so well with me and now they're doing such a fantastic job and happy with that relationship.

"Nico is doing all he has to do, he has finished every race and not had any problems whereas I have so I'm in an awkward position going into the last race.

"It doesn't make really make a big difference if I go drive like I did on Sunday, because I've already lost so much this year.

"But I can't give up because I don't know what will happen.

"It's unlikely, but you never know what can happen."