On the weekend it was confirmed Gutierrez had lost his seat at Haas to Kevin Magnussen for 2017, he retired for the fifth time this year with a technical issue as an electrical fault ended his Interlagos race with 11 laps to go.

Upon returning to the garage a furious Gutierrez threw his gloves on the floor, and moments later was seen ready to storm out before being grabbed by the arm by Steiner.

"With the electronics problems we were having he lost positions, then he made them up, but again we had problems.

"Of course, he's not got a seat with us next year, and that didn't help the situation, so he was emotional.

"When I spoke with him he was OK. Sometimes you need to say 'We need to stop' because there's no point to it. He was very good with that I think.

"I told him to calm down, get in there and then we'd go and talk. In that moment you need to say that before he does anything more. That was fine, he was fine with it.

"I respect what he did. We are all emotional. If you're not emotional then you shouldn't be here." 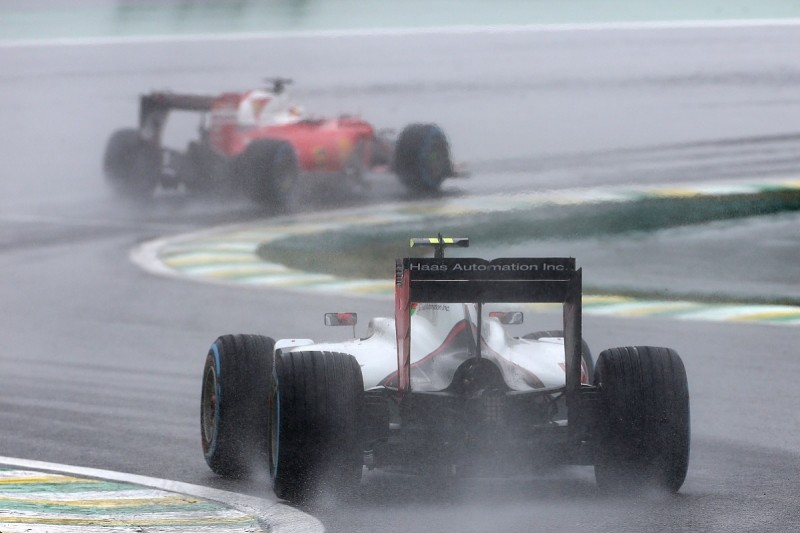 Gutierrez conceded to being bitterly frustrated that another opportunity to score points went begging, with the number of retirements in the terrible weather creating chances for underdogs to reach the top 10.

The Mexican had been blighted by technical gremlins at the start of the season when team-mate Romain Grosjean regularly scored points, and has finished 11th in five races this year but not scored.

"It was just the wrong moment," Gutierrez told Autosport.

"We laughed a bit afterwards because he just approached me at the wrong moment.

"I was not angry at anyone, I was angry at the situation of course.

"It's been like this, this kind of situation very often for me this year, especially when the opportunities are there.

"In Brazil the opportunity was again there but something happened that was not in my hands, which is difficult to accept.

"But I move on, I will never give up. This was another test of me as a person, of my strength of character. I see it that way and I will get out of this."