Nico Rosberg: Mercedes was "all over the place" during practice

Nico Rosberg said his Mercedes Formula 1 car was "a bit all over the place" in British Grand Prix practice, despite setting the Silverstone Friday pace

The German recovered from early hydraulic problems in practice one to top both sessions on the opening day, while team-mate and title rival Lewis Hamilton was only fourth.

Rosberg was unwilling to read too much into the handling problems as temperatures are expected to be lower later in the weekend, but said that potential change of conditions could make Friday form irrelevant.

"Not that happy," he replied when asked to summarise his day.

"The car was a bit all over the place still.

"I think it was the track out there, especially as it was a bit hotter today than it will be for the race.

"So we have to be careful with that.

"Definitely, the balance you need for today is not going to be ideal for Sunday by far, so that's where the difficulties come in and you really need to think ahead."

He also played down the 0.466-second and three-place gap to Hamilton, who was behind the two Ferraris.

"I don't know what he did on his lap, so it's not representative," said Rosberg of Hamilton.

"It's close so I need to do my homework tonight."

Hamilton had complained about his car's handling over the radio during the second session, but said the problems were relatively minor.

"It's a general balance thing that I've got to get right," he said.

Asked how much more time he thought there was in the car, the champion replied: "Hopefully there's a lot." 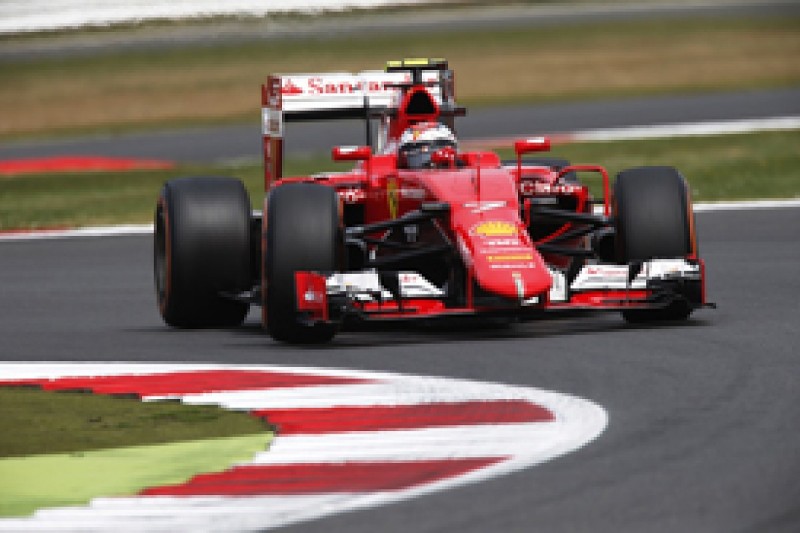 Although Kimi Raikkonen ended the day second-fastest for Ferrari, he had been unhappy with the feeling of the car on the hard Pirelli.

"The hard tyre feels very difficult, at least the one set I ran this afternoon," he said.

"On the medium it seems to be OK for one lap.

"We still have work to do, it was a messy session because of the issues with the hard tyre, but it's Friday so we keep working."

Vettel also felt he was "nowhere" on the hard tyre, although he put that down to failing to get a clean lap.

He suspected Ferrari's position between the Mercedes might be deceptive.

"I don't know if Mercedes had an issue," said Vettel.

"I don't think so, but I think tomorrow they will be very quick.

"We know they do a massive step from Friday to Saturday."