Having driven the 2012 Lotus E20 at Valencia and Paul Ricard earlier this season as he began to assess his chances of an F1 comeback six years after his devastating rally crash, Kubica was given a first run in Renault's current machine in the post-Hungarian Grand Prix test last Wednesday.

The 32-year-old Pole clocked 142 laps and was fourth fastest that day.

Though Hulkenberg emphasised that he did not "have much information" as he "wasn't on site" for the test, he said what he did find out had impressed him.

"I had some information and I obviously saw the lap times," Hulkenberg told Autosport at the Gamma Racing Days event at Assen.

"I think for him personally [it was] obviously a great comeback.

"After the severe accident and injuries he had to come back and drive a modern Formula 1 car, and to do 140 laps just like that, is quite impressive.

"Especially at a track like Budapest, which is very physical.

"So respect for that. And I think the performance seemed alright." 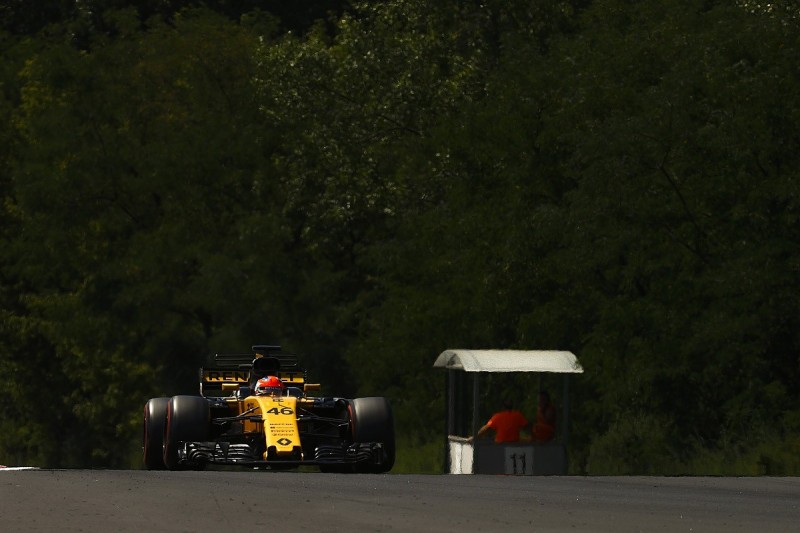 Though Renault has been careful to play down expectations of Kubica racing in F1 again, it made clear prior to the Hungaroring test that putting him in the 2017 car was a significant new step in assessing whether that would be possible.

It has insisted there is no chance of Kubica replacing the under-pressure Jolyon Palmer as Hulkenberg's team-mate during the current campaign.

Hulkenberg said he had not been given any steer on Renault's thinking after Kubica's latest test.

"I'm not sure what's going to happen, what Renault wants to do, but the test was OK, I think," he added.

Kubica declared himself "not 100% happy" with how the Hungary test had gone, but was content he had proved his fitness.

He insisted he would not be disappointed if he was not back on the F1 grid in 2018.

"If we see where I was four months ago compared to where I am now, it is a big change and it happened very quickly," he said.

"So I think if in three months I did improve a lot and moved forward quite a lot, everything can happen in the future.

"But we have to be realistic, nothing will be easy.

"One thing is sure - if it doesn't happen, I will not be disappointed because I am looking at this situation very realistically."