Speculation surrounding the cause of Fernando Alonso's testing accident at Barcelona earlier this year was partly fuelled by the lack of clear video footage showing what happened.

The FIA mandated the use of the camera on all cars from 2016 and tasked electronics company Magneti Marelli with producing the device.

It will be capable of recording, in milliseconds, the movements of a driver's head during the crucial moments of impact.

The device, which measures around two centimetres by eight centimetres and is not much bigger than a USB stick, will record 400 frames per second compared to the previous standard of 25fps.

It will be mounted on the top of the chassis, just in front of the row of antennas, facing the driver. The height position of the device has yet to be decided.

The camera can record for up to 90 minutes before it returns to the start and rewrites. The time restriction has been enforced to limit the amount of compression to the file.

The video will be stored on the car's black box and will be synchronised to the telemetry so teams can analyse the exact speed and force at the point of impact.

Testing of the prototype will continue this year, with particular focus on ensuring it can withstand the pressure of being mounted on an F1 car.

It is then hoped a version will be ready for January to allow time for checks and testing on the mounting before it is introduced at the first 2016 pre-season test, which starts at Barcelona on March 1. 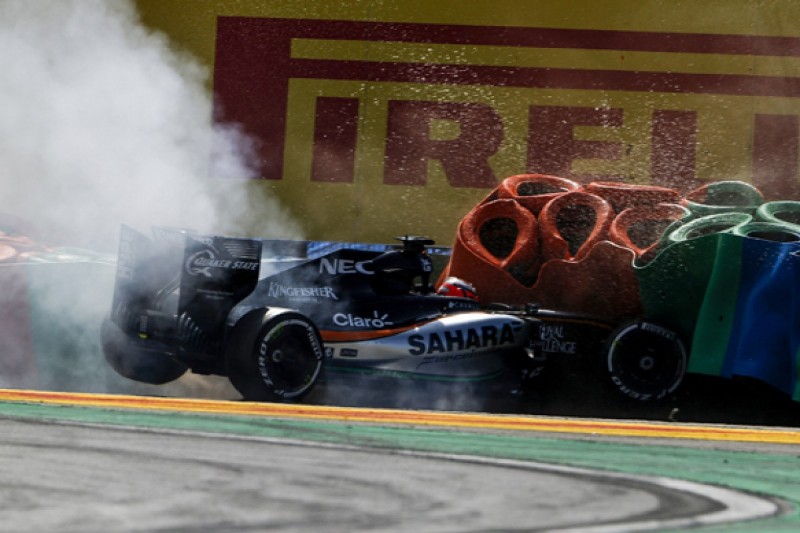