The 2009 F1 world champion said on Wednesday that he was concerned about the level of grip that would be available in the part of the circuit that had been resurfaced.

The resurfacing work stretches from the exit of Casino Square (Turn 4) to the entry of the tunnel, with some additional patches of resurfacing on the approach to the chicane and at Tabac.

"So many circuits can learn from the asphalt that they use here," said Button after Thursday's second free practice session.

"It's really good considering it's brand new, there's so much grip.

"I was worried in the wet that you'd get oil on the asphalt but no issues there.

"It's the grippiest part of the circuit and the smoothest."

Pastor Maldonado, regarded as a Monaco specialist thanks to his winning record here in the junior categories, backed up Button's view.

"It's very similar, I didn't feel any big difference," said Maldonado. "I was expecting less grip."

Pirelli motorsport director Paul Hembery confirmed that there were no concerns with the level of grip during free practice. 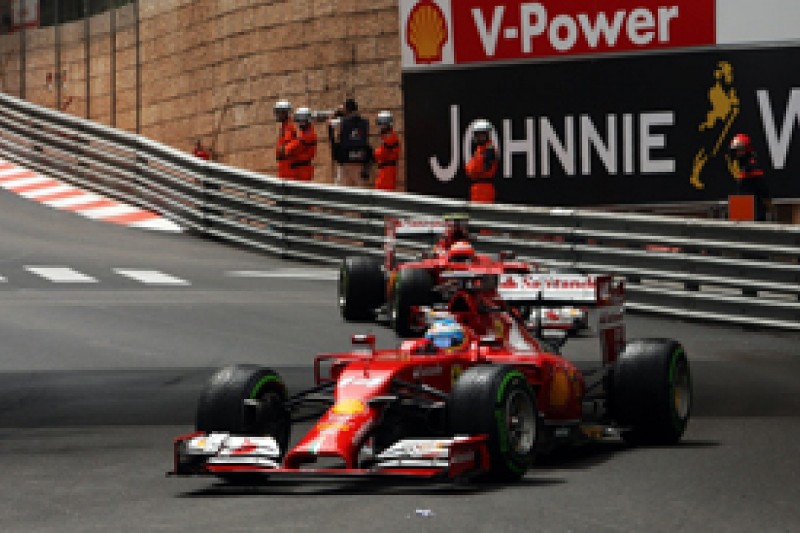 Much of the afternoon session was staged on a wet track, with drivers not setting times on slicks until the final 10 minutes, and Hembery was happy both with the grip available in Monaco and in wet conditions over the season so far.

"I'm sure it's very slippery for them, particularly on intermediates," said Hembery.

"That would make it very, very difficult for them, particularly with the new cars.

"But from all the rain sessions we've seen this year, they seem to have not had overtly big issues in the rain.

"That's testimony to the work they've done on the delivery of the torque through the powertrain, and the drivers."