The French tyre manufacturer was last involved in 2006, opting to depart at the end of that year after a five-season spell as it was unhappy about a move to a single supplier from 2008.

Bridgestone initially took up the reins prior to a switch to current supplier Pirelli from 2011, with its current contract running to the end of 2016.

With a tender to be put out early next year, Michelin Motorsport director Pascal Couasnon told Italian publication Autosprint: "Why not? We are fully open to a return, but on some precise conditions - Formula 1 must change its technical regulations.

"Tyres must become a technical object again, not just a tool to do a more-or-less spectacular show.

"Michelin has put forward some precise conditions in order to return to F1.

"We want 18-inch tyres, which we already use in Formula E, and soon in another series. 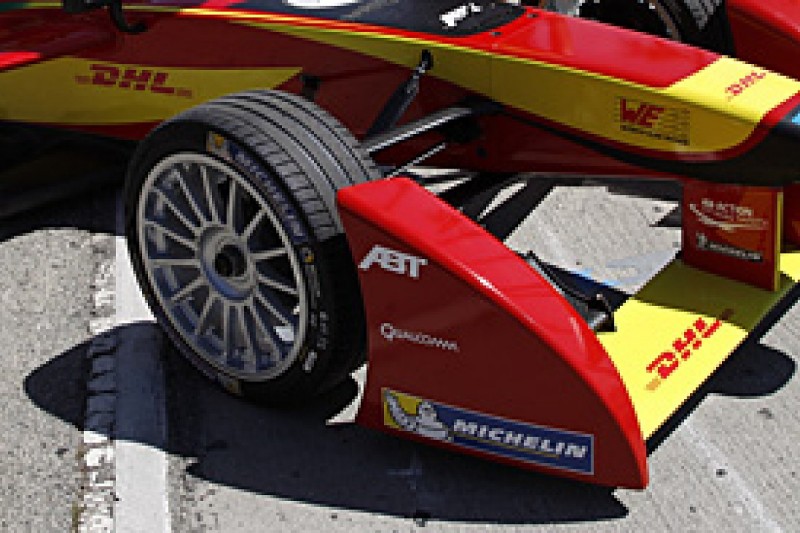 "If F1 wants to consider our proposals we are here, fully open, with a strong will to return.

"If, instead, the prospects are to keep things as they are now, then thanks but we aren't interested.

"At the next tender for F1 tyre supply we will make our proposals, why not?

"Then it will be a problem for [Bernie] Ecclestone or the FIA whether to accept them or not."

Couasnon states Michelin is now "open to supply tyres in a monopoly regime with a sole supplier", as it is about to do in MotoGP when it takes over from Bridgestone.

Pirelli's brief upon entering the sport was to make a high-degradation tyre that would lead to multiple pit stops after Bridgestone's highly-durable rubber made for boring races.

Although Pirelli fulfilled the brief, the downside has resulted in drivers being unable to push to the limit, instead being forced to preserve their tyres.

When asked as to what he dislikes about the current F1 tyres, Couasnon said: "Tyres should offer stable performance and grip levels.

"It's not normal that after a few laps a driver says 'I need to slow down otherwise the tyres won't last'.

"That shouldn't happen. These days F1 drivers can't show their talent because the tyres don't allow them to.

"At the Spa 24 Hours GT race, too, some tyres can't even last for two consecutive stints.

"This happens when you are in a sole-supplier regime and you have no motivation to improve. That's called mediocrity, not technology.

"If instead you have a technologically interesting rule book, even if you are sole supplier, you are forced to offer a product at its best level."

Gary Anderson: Why I hate DRS in F1