Manor announced on Wednesday that Rossi would take Merhi's place for five of 2015's seven remaining F1 races, though the Spaniard will return for Russia and Abu Dhabi so Rossi can finish his GP2 campaign.

"I flew on Monday and when I arrived, the team gave me the news I would not be driving and Rossi would be taking my place," said Merhi.

Having got a last-minute call-up to join the revived ex-Marussia team on a race-by-race deal, Merhi said he was grateful to have had 12 grands prix.

"At the beginning of the year I came to Melbourne and they gave me a great chance - I didn't know how long it would be for," he said.

"I want to say thank you to the team. They have taken the decision which is better for them in the long run.

"I hope I'm still competitive for the last two races I have this year."

He admitted getting back on the grid in 2016 could be a long shot.

"We are looking for a Formula 1 seat and will try to find best option available," Merhi said.

"These days, the budget is important and at the moment it is hard to find the budget."

ROSSI WANTS TO PROVE HIMSELF

Merhi's replacement Rossi had advocated himself as a strong contender for America's new F1 team Haas, but was effectively ruled out when it declared it wanted experienced drivers. 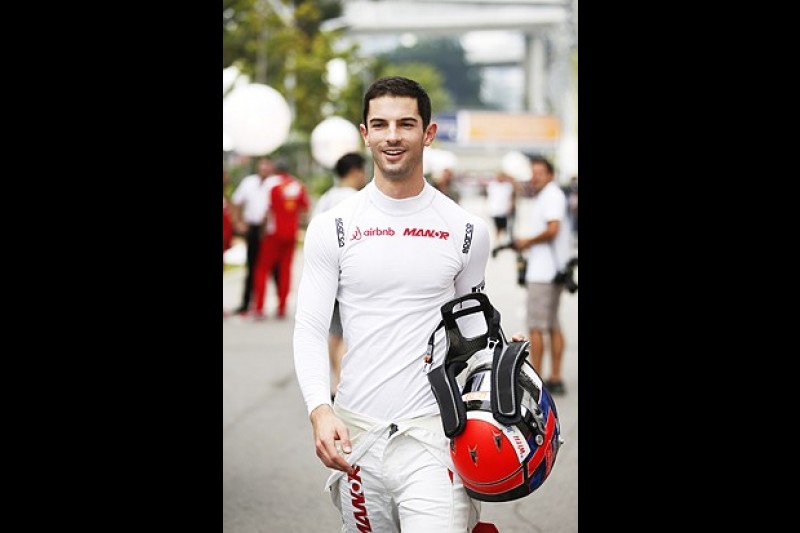 The 23-year-old American hopes to use his quintet of grands prix as a launch pad for a permanent seat in 2016, either with Manor or by changing Haas's mind.

Asked by AUTOSPORT what the drive could mean for his future, he replied: "The big thing I've been missing for the last three years in my F1 career is racing.

"I've been close a few times, and it's very surreal it's now about to happen.

"This is a major step in putting myself on the Formula 1 map, on the radar, and I'm just focused on doing a good job in these five races and showing I'm capable of being in Formula 1 and doing that job."

As to whether his drive with Manor could lead to renewed Haas talks, Rossi added: "To be honest I don't know.

"I'm here trying to prove I am more than capable of racing in Formula 1 and that I have all of the necessary boxes ticked, and the best way to do that is on track.

"But being the only American with a superlicence, and now taking a start is some stuff I have in my corner, for sure, but whether it leads anywhere is yet to be seen."