Mercedes unleashes its biggest F1 car update of 2018 so far

Mercedes has unleashed the biggest update of the season so far for its Formula 1 car at the Austrian Grand Prix, as it bids to pull clear of Ferrari and Red Bull

Just a week after Mercedes introduced an engine upgrade in France, a raft of changes to the W09 - including to the sidepods and rear wing - are proof of an aggressive push at this stage of the season.

Giorgio Piola and Matt Somerfield look at the changes that have been spotted at the Red Bull Ring.

Having opted for a more conventional sidepod layout, rather than the concept introduced by Ferrari in 2017 that was copied by several other teams, Mercedes locked itself into that route for the entire season.

But with a well thought out plan to make a change, tweaks made in this area to play both to the aerodynamic demands of the car as well as helping the engine operate at its maximum potential. 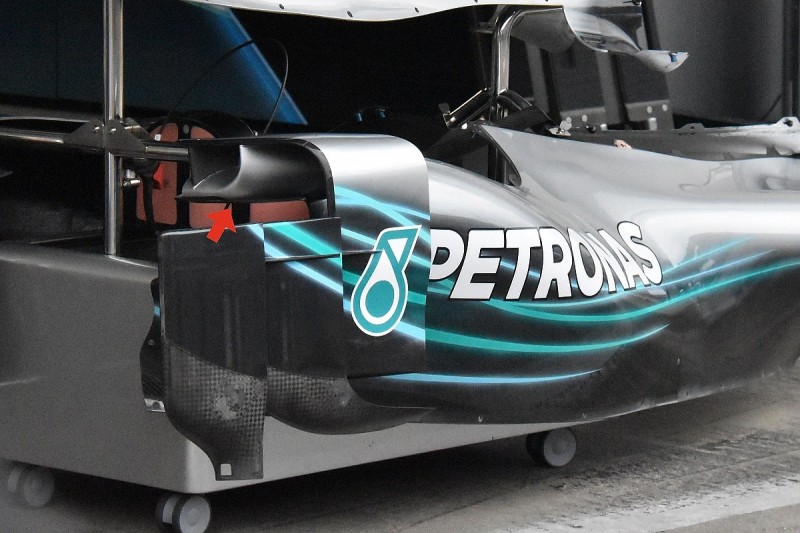 The sidepod update consists of several changes, which all centre around the slimming of the inlet and targeted as a way of improving flow consistency around the sidepod's undercut to the rear of the car.

On the upper corner of the sidepod bodywork, and connected to the slat that runs over its leading edge, a new flow diverter can be found (red arrow).

This not only aims to change the direction of the airflow's travel but also encloses the side impact protection spar that might otherwise protrude out of the bodywork. 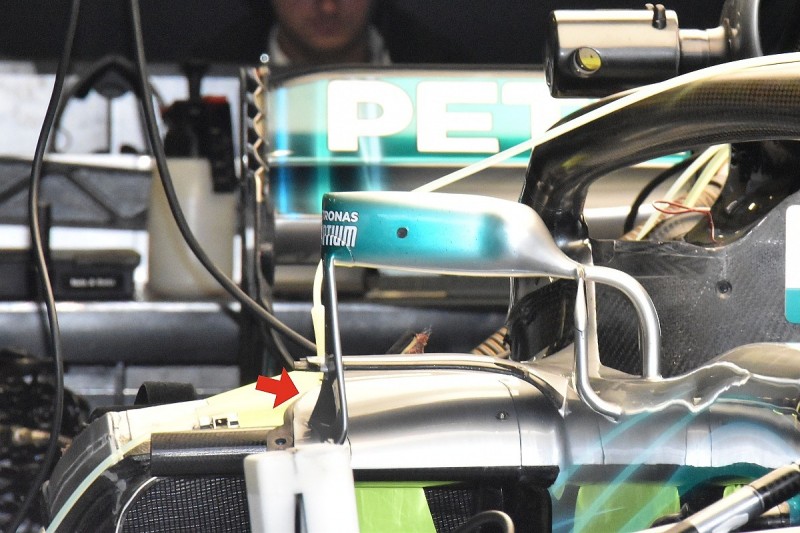 The W09's facelift goes beyond to the sidepods, with a new outboard mirror stalk installed to support the mirrors already lengthened ahead of the French GP.

The stalk clearly fulfils an aerodynamic purpose though, as at its base the surface is twisted to encourage airflow to travel in a certain direction. 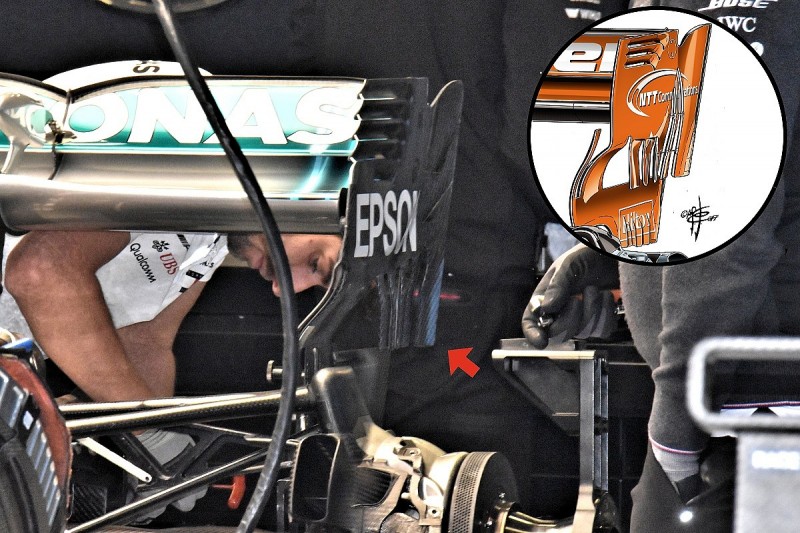 At the rear of the car, the Brackley design team has taken a leaf out of McLaren's book (inset). McLaren has utilised the wording minutiae in the regulations to add overhanging strakes in a box area that's supposed to create the transition between the wider upper section of the wing to that of the narrower lower section.

The aggressive overhaul in Austria is in contrast to a relatively minor change that was made at the French GP to a winglet on its front brake duct. 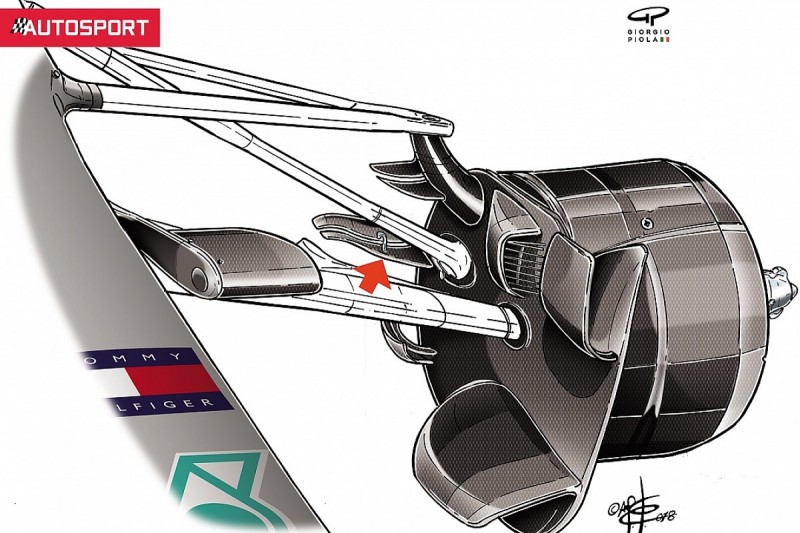 The usual single element (inset) was cast aside in favour of a twin element configuration.

The role of these winglets is to improve the direction and flow quality of the air as it is disturbed by the front wing and passes by the brake duct fence and suspension elements.

This in turn reduces the turbulence created by the tyre alongside and has a performance knock-on effect for the aerodynamic surfaces downstream.