Mercedes has revealed its updated safety and medical cars for the 2022 Formula 1 season ahead of the Bahrain opener next weekend.

The Mercedes-AMG GT Black Series will serve as the official safety car for half of this season’s races, as Mercedes continues to share duties with Aston Martin.

The Black Series replaces the Mercedes-AMG GT R that was supplied by Mercedes as the safety car last year, while the previous C 63 S Estate that had been used since 2015 is replaced as the medical car by the GT 63 S 4MATIC+. According to Mercedes, they are the most powerful editions of these vehicles.

One noticeable change on the new safety car is the removal of the light bar which previous sat on top of the roof. This has been replaced by a new light signalling system that is built into the windscreen, as well as featuring on the rear spoiler.

The rear number plate will also illuminate in the relevant colours to signal to drivers during races, while lights on the side windows will help spectators in the grandstands to see when the safety car is about to come into the pits.

Inside the cockpit, safety car driver Bernd Maylander will be supported by co-driver Richard Darker, who has access to two monitors with all the race information and TV footage to keep track of the F1 field while on-track. 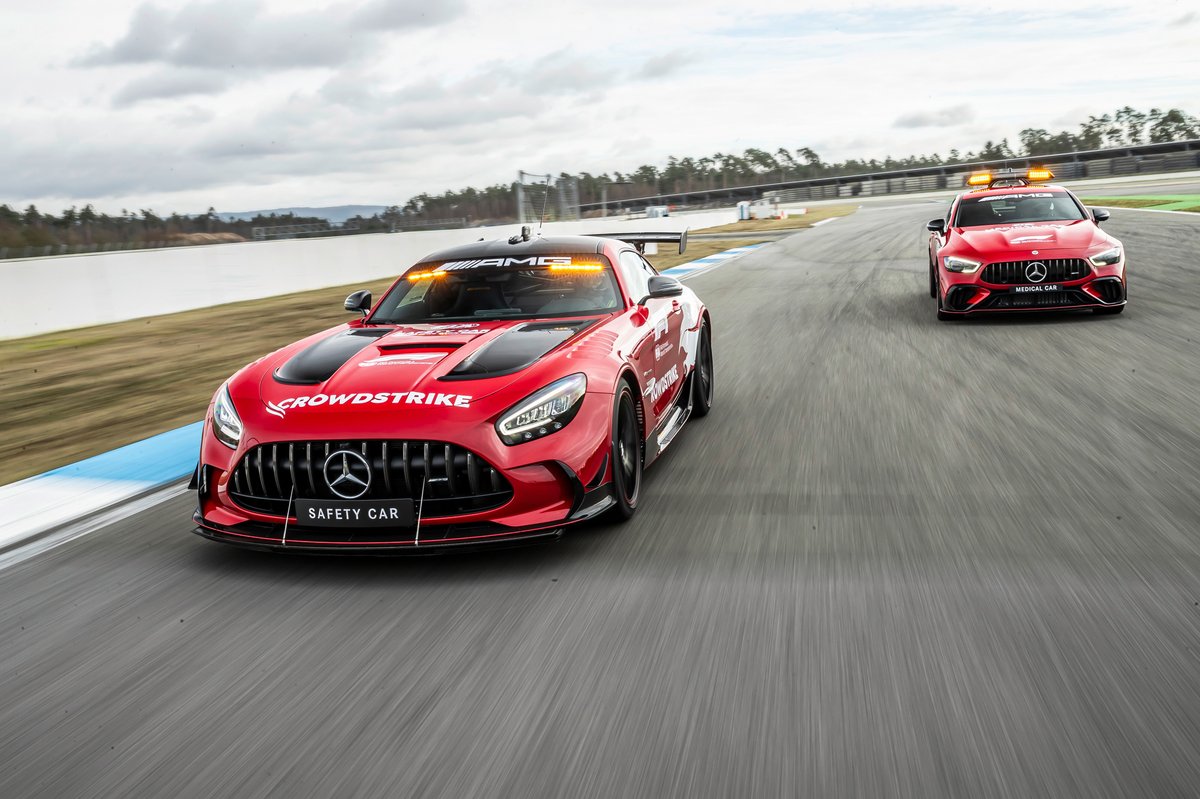 “Since 1996 – that’s every single year for more than a quarter of a century – Mercedes-AMG has been supplying the vehicles Formula 1 needs in emergencies,” said Christoph Sagemuller, head of motorsport of Mercedes-AMG GmbH.

“In their role as Official F1 Safety Car, our performance vehicles have been safely leading the Formula 1 field around the track when called upon in bad weather or in the event of an incident. When needed, our Official F1 Medical Car is on the spot as quickly as possible.

“To ensure this, we have upped the ante even further for the 2022 season with our most powerful models to-date, the AMG GT Black Series and the AMG GT 63 S. What’s more, their on-track performance displays their unfiltered motorsport DNA more than any of their predecessors."

The safety and medical car will both retain the red livery adopted by Mercedes last year, and features sponsorship from Crowdstrike.

On weekends where Mercedes does not supply the track vehicles, the Aston Martin Vantage and Aston Martin DBX SUV will serve as the safety and medical car respectively.