The German manufacturer conducted a deep analysis of the troubles it suffered in pre-season testing, when main rival Red Bull enjoyed a confidence boosting three days of running.

It thinks a combination of the impact of the new harder Pirelli tyres, allied to the implications of a change of aero rules to cut downforce, have especially hindered its performance.

And it is in no doubt that the new floor rules, which have forced teams to cut away a segment of floor ahead of the rear tyre, affect the low-rake cars much more than they do higher-rake versions like Red Bull.

Mercedes boss Toto Wolff says the team is now battling to find ways to recover its deficit, especially because it cannot simply switch to a high-rake car.

“I don't think that the rake is the only singular effect that we may be suffering from, [because] there are new tyres that we are racing in 2021 and we haven't even started,” explained Wolff ahead of the season opening Bahrain Grand Prix.

“But definitely our analyses have shown that the high-rake concept has lost less downforce than the lower rake, and in the last year of these regulations we wouldn't be able to replicate the concept that Red Bull and some of the other teams have been racing.

“It's physically not possible. We couldn't run our suspensions and settings in the way that Red Bull does, and so we need to do the best out of it and tune the car with what we have available.” 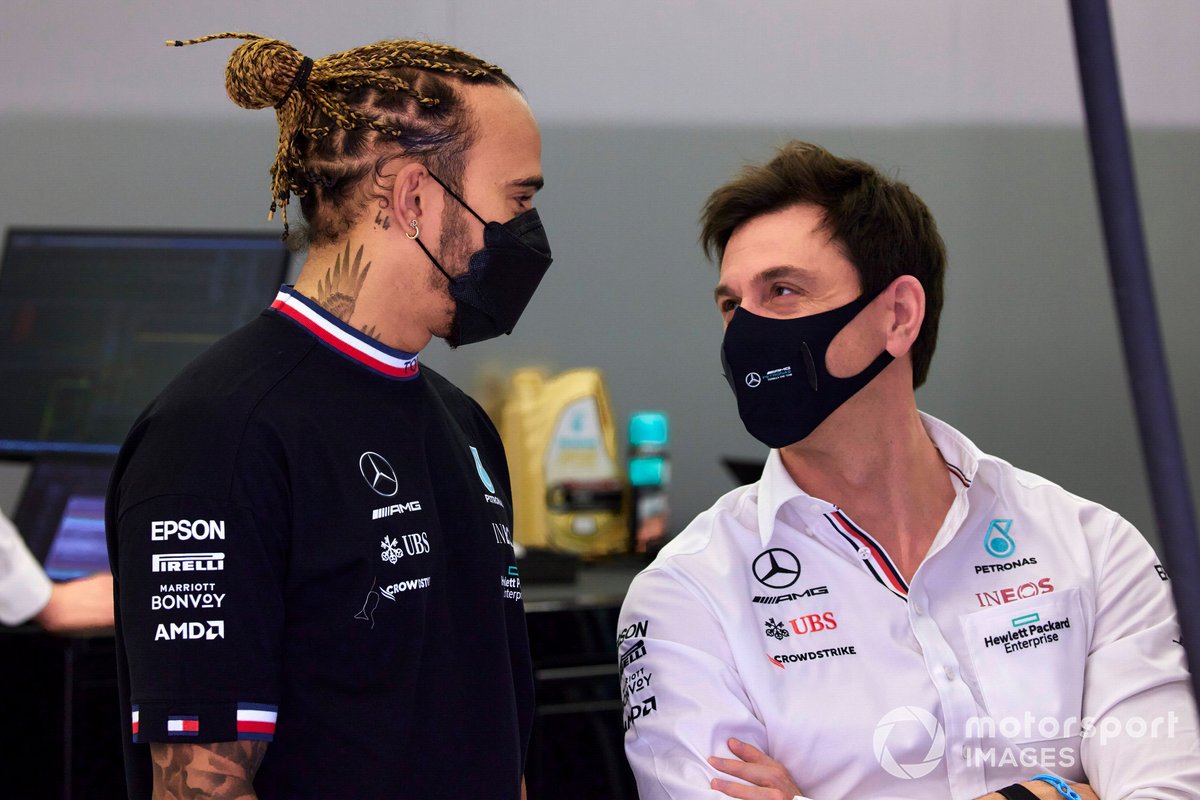 Mercedes had a more encouraging opening practice session in Bahrain on Friday, with its W12 not showing the rear instability that drivers Lewis Hamilton and Valtteri Bottas suffered in testing.

However, the car did appear to show evidence of more understeer, which suggests that the team has not yet found the perfect set-up.

Wolff said that Mercedes now had a "path forward" that would help make the car more predictable for its drivers, but he suggested that further work was needed to relearn how best to optimise it.

Reflecting on the FP1 characteristics, Wolff said: “It wasn't minor balance changes, it was rethinking the sweet spot of the car, also in combination with the tyres.

“The snappiness on the rear is much better. Now, it's about tuning it for the meaningful [evening] sessions tomorrow and on Sunday, and see whether the car’s still behaving nicer than in testing or not.”