Ferrari team boss Mattia Binotto says Carlos Sainz Jr’s arrival at the squad for the 2021 Formula 1 season has brought a sense of “fresh air” he feels it required.

Sainz has joined Ferrari after racing for McLaren for the last two F1 seasons and races alongside Charles Leclerc as Sebastian Vettel’s replacement.

Speaking to Sky Sports F1 about how well Sainz had integrated into Ferrari since the start of 2021, which included just 1.5 days of running in the team’s SF21 challenger during the reduced pre-season testing this year, Binotto said it had gone: “Very well, very positively surprised.

“We knew that he was a strong driver - that he would be fast, fast as well on the long stints.

“Bringing some experience because now, even if he's very young, he's an experienced driver in F1.

“And I think it's fresh air and sometimes fresh air is required, [that] is what we are looking for. And in that respect [we're] very happy.” 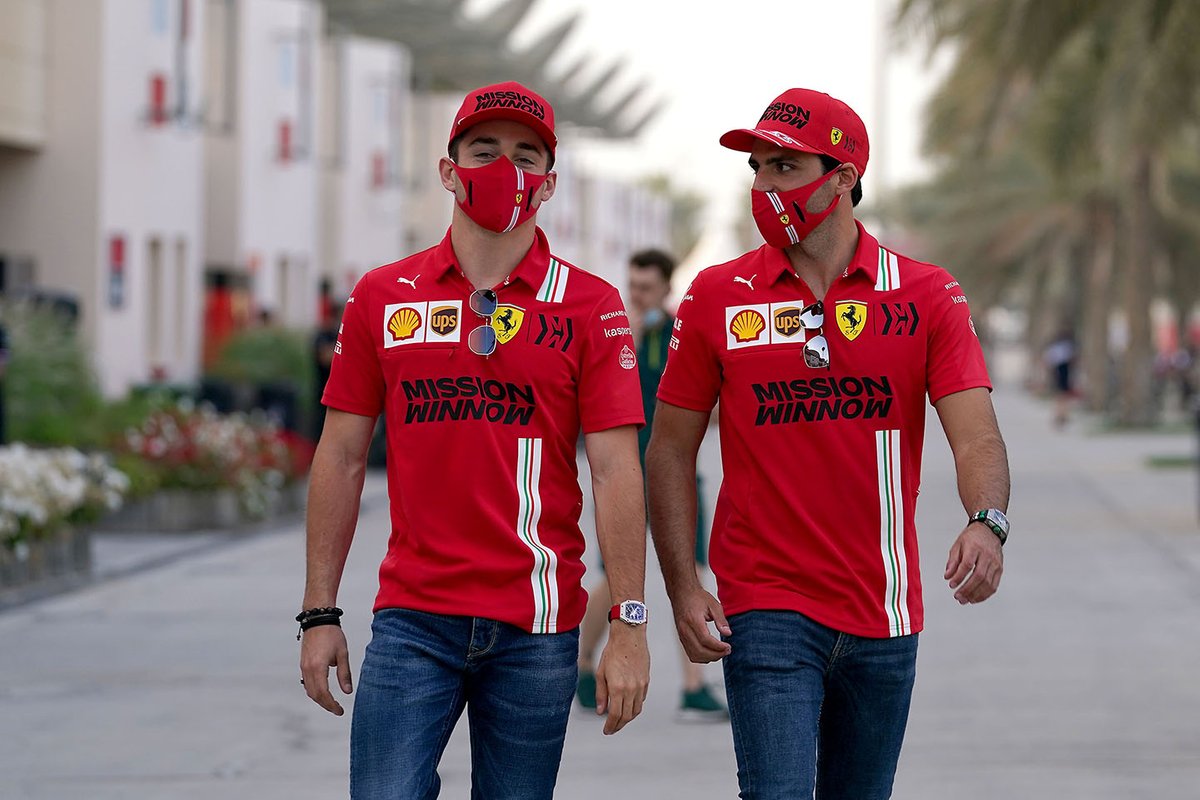 Sainz had several off-track moments during testing in the SF21 at the Bahrain track earlier this month.

When asked what was behind those moments and how much the windy conditions impacted on Ferrari’s package by Autosport, Sainz replied: “It’s a very common driver excuse now to say that pretty much every crash or every moment we have is wind dependent.

“But it is actually really difficult out there with these cars with the wind.

“It’s very difficult to explain to you guys what we feel in the car, but the changes in grip and balance there is depending on 5-10km/h gust of wind that can catch you out is huge.

“And we are out there trying to push the limits of the car – particularly me, I don’t know where that limit is.

“I’m trying to expose that limit to try and see how car behaves in those extreme conditions.

“And yeah, I did a couple of mistakes that I was happy to make and willing to make, it was also the plan of the test.

“Coming back to the question, wind makes a huge difference and it’s quite tricky to handle all the time.”