Verstappen’s best lap of 1m31.294s is 2.334 seconds slower than the 1m28.960s he set to top pre-season testing at the Sakhir track earlier this month, but that was set in much cooler conditions than the cars ran in the mid-afternoon sun in Bahrain on Friday.

Alpine’s Fernando Alonso led the pack out of the pits at the start of the one-hour session, with both Friday practice sessions reduced by 30 minutes in 2021.

Alonso set the first timed lap of FP1 with a 1m37.354s on the hard tyres, but was quickly shuffled back by his team-mate Esteban Ocon and then McLaren duo Daniel Ricciardo and Lando Norris, who took the P1 benchmark down to a 1m33.361s – also on the white-walled rubber.

In a possible early sign of F1 teams adapting their Friday practice run plans with less time available this year, both Mercedes and Red Bull sent their drivers out for soft-tyre runs before 10 minutes had passed.

Sergio Perez took first place with a 1m33.180s on the softs after seven minutes had passed, before Lewis Hamilton used the red-walled rubber to go top with a 1m32.884s on a lap that looked significantly more stable than the car behaviour the Mercedes W12 was displaying in testing.

Bottas went fastest on his first soft-tyre run with a 1m32.707s before he was in turn usurped by Verstappen’s first flying lap – a 1m32.214s. 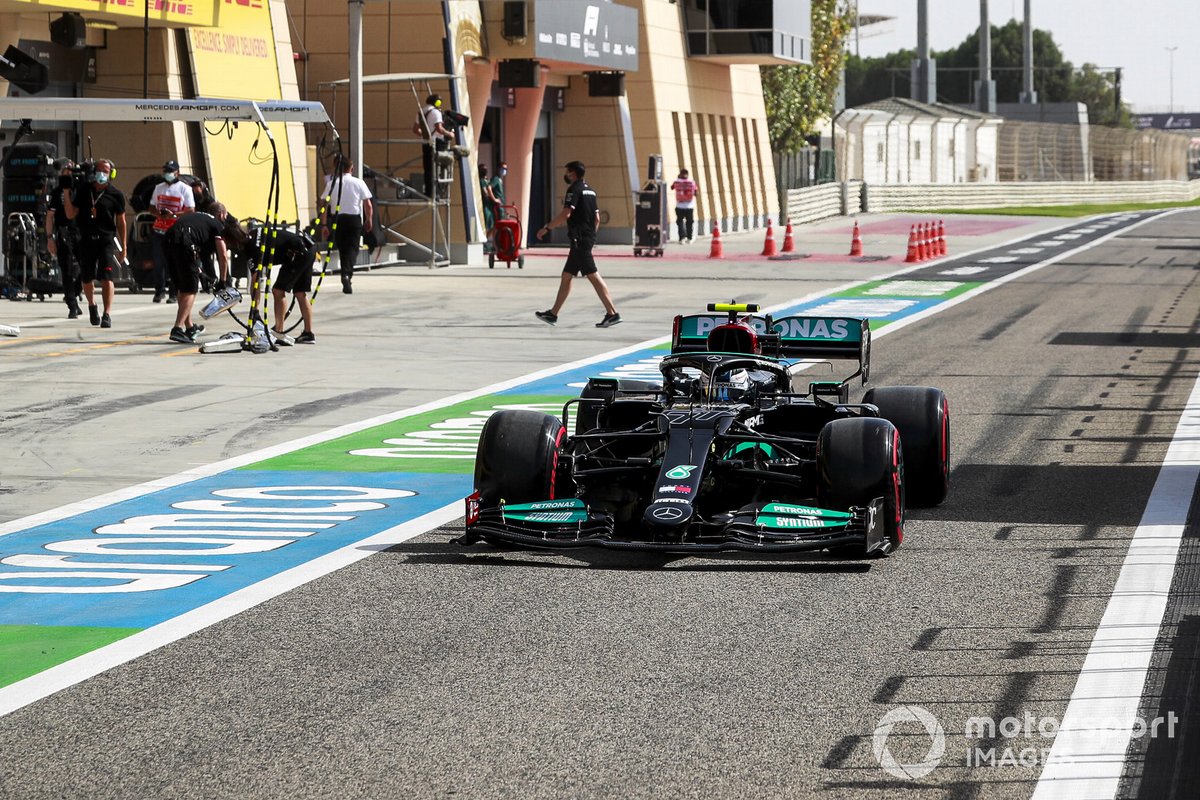 The flurry of fast times in the opening 20 minutes ended at this point as the teams returned to their garages to make set-up changes or conduct higher fuel running.

Norris kicked off the run of improvements at the end of the session with a 1m31.897s – his first soft tyre run, while Ricciardo did likewise a few minutes later but encountered significant traffic and wound up a few tenths adrift of his team-mate as a result.

After Charles Leclerc and Pierre Gasly had nipped in between the McLarens with a 1m31.993s and 1m32.195s for Ferrari and AlphaTauri respectively, the Mercedes and Red Bull drivers went for their final soft-tyre runs of FP1.

Hamilton went fastest of anyone in the first sector with just under 10 minutes to go but lost time as the lap wore on, wrestling his car at the final corner, and ended up just under 0.1s slower than Norris.

But Bottas was able to hold his speed over the lap and retake the top spot with a 1m31.692s, before Verstappen again demoted the Mercedes driver.

Verstappen’s final and best lap included the fastest times in the first and second sectors before a slight wobble out of the final corner cost him a clean sweep on his 1m31.294s.

Norris ended up third ahead of Hamilton, Leclerc and Perez – who kept hold of the fastest time in the third sector until the end of FP1. 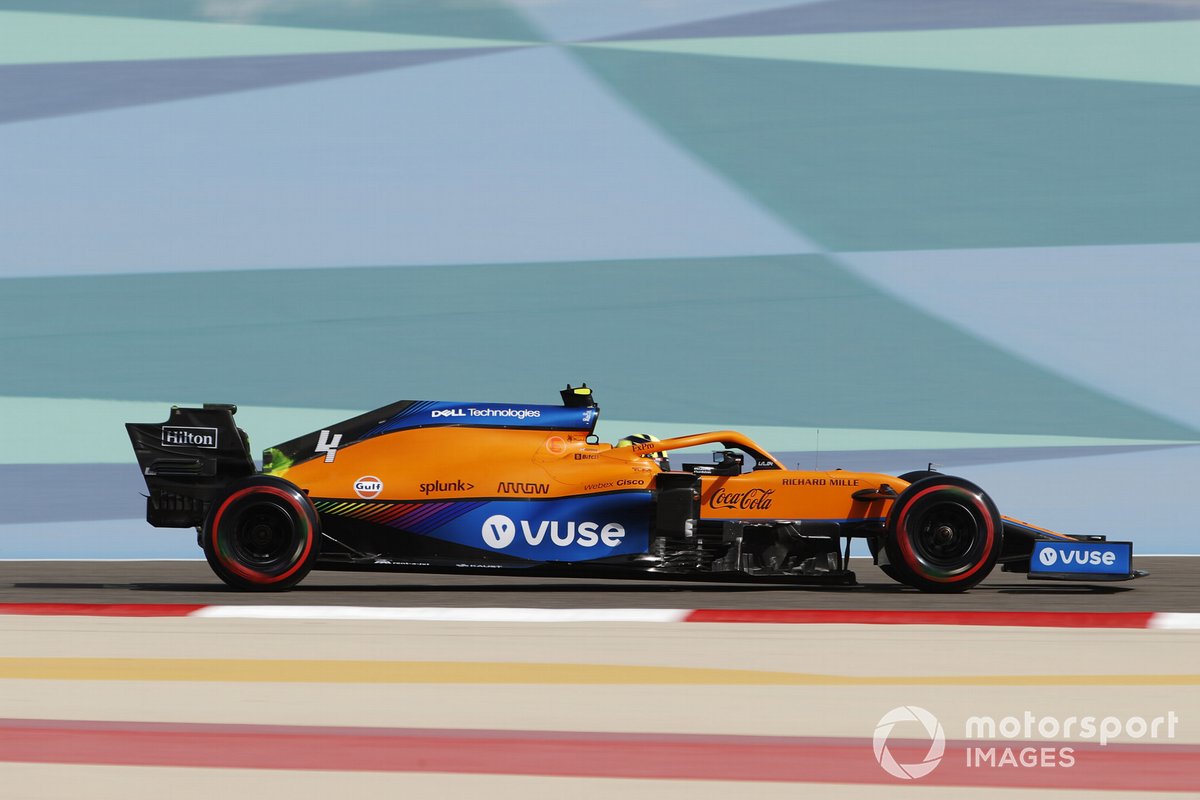 Gasly finished seventh in front of Carlos Sainz Jr in the second Ferrari and Ricciardo, while Antonio Giovinazzi rounded out the top 10 for Alfa Romeo.

Sebastian Vettel damaged a set of softs with a heavy lock-up at the double-left complex of Turns 9-10 midway through the session, as he started his new life at Aston Martin with P12 in FP1, one spot ahead of team-mate Lance Stroll.

Ocon and Alonso ended up 15th and 16th, with George Russell and Nicholas Latifi following for Williams ahead of the Haas rookies led by Mick Schumacher.