Mercedes recorded a post-tax loss of £22.3million in the 2015 Formula 1 season in which it successfully defended both the drivers' and constructors' championships

The figures were revealed in the financial accounts up to the end-of-2015 of Mercedes-Benz Grand Prix Ltd, the company name of the Mercedes F1 team.

It represents a significant improvement on the previous year's accounts, in which the outfit reported a post-tax loss of £76.1m.

The report, signed off by motorsport boss Toto Wolff, says Mercedes "exceeded expectations yet again" as the team was "able to maintain or improve upon the high standards set during the record-breaking 2014 season".

According to the report, the financial results were "within the pre-defined parameters set by the shareholders".

Explaining the improved results, it states the team had an increase in turnover of £66.3m, "from higher sponsorship revenue and increased income from the commercial rights holder flowing from improved on-track performance in 2014". 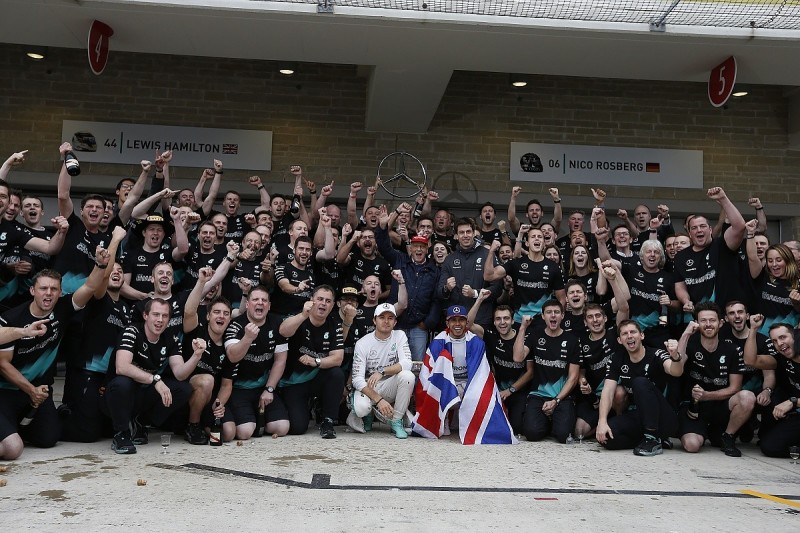 It adds there was "an increase of £8.1m in operating costs mainly due to inflationary increases in salary costs" and a "a decrease of £4.1m in consortium tax relief claims".

The report says Mercedes expects an improvement in revenues in the future, based on income derived from on-track performance and sponsorship.

Mercedes is in-line for an annual bonus from commercial rights holder from 2016 onwards after meeting its agreed target of two world championships in '14 and '15.

"The challenge for the future is to continue to compete for the championships in every season, whilst also continuing the recent commercial improvement," the report reads.

"This challenge should not be underestimated - the strength and quality of the competition in F1 racing is what makes it the pinnacle of global motorsport."

It also says the company is "committed to achieving cost reduction in F1 in a fair and transparent way" and is "confident arrangements can be put in place for all teams to reduce the overall cost of participation in F1".